LOBO Animates ‘A Hope Story’ for the American Lung Association

The animation studio teamed up with agency Hill Holliday and The Ad Council to create a PSA raising awareness of the importance of cancer screening; the short employs a visual style based on 3D/CG with a 2D-like finish, suggesting a mixed-media hand-painted feel. 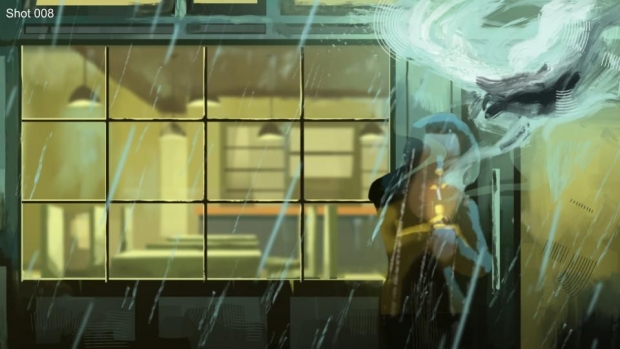 The Ad Council, agency Hill Holliday, and animation studio LOBO teamed up with the American Lung Association to create a beautifully animated PSA, A Hope Story, to make people aware of the importance of cancer screening. The ALA released the spot as part of its annual ‘Turquoise Takeover,’ a week-long celebration that unites America to raise critical awareness of lung cancer.

The spot was created pro bono by advertising agency Hill Holliday and LOBO and serves to educate smokers and ex-smokers about the low-dose CT scan that can detect lung cancer in the early stages when the disease is more curable. Viewers are directed to SavedByTheScan.org to see if they are eligible to get screened.

Animation studio LOBO was tapped to create the fully animated spot aimed at an adult demographic of ex-smokers. To create a mature look that doesn’t appear childish, the studio used a visual style based on 3D/CG with a 2D-like finish, suggesting a mixed-media, hand-painted feel. “What we ended up doing was modeling the characters in CG, then painting them with a brushstroke effect to add a handmade feel to the render. Later, we composed those renders over 2D matte paintings done in the same style,” said LOBO director Felipe Machado.

Machado explained the decision to animated smoke using 2D with a classic frame-by-frame technique, giving it an enhanced brush flickering feel. “We used AI to achieve a painterly flickering animation style for the general look: once we had the renders of the characters plus the 2D smoke effect on top of the painted backgrounds, we started painting some frames from the shots to feed the AI so it would apply the effect to the in-between frames of every shot.”