The animator, illustrator and character designer most recently directed ‘Wonder Tower,’ an animated short for the ‘Children’s Hospital Foundation’ integrated campaign, ‘The Wonders Within.’ 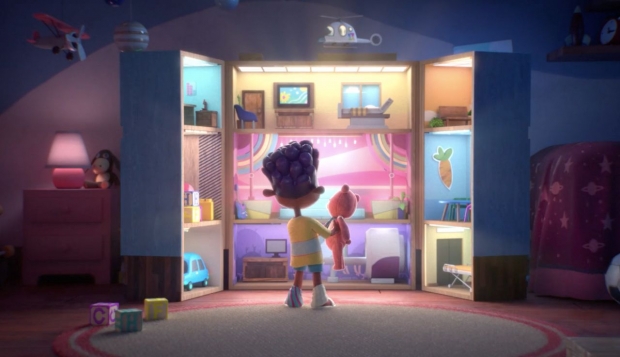 International creative animation/design studio Lobo has added director of animation Isabela (“Isa”) Littger to its roster for global representation. Her work spans animation, illustration, character concepts and designs. Most recently she was tapped by the creative studio to direct an animated short, Wonder Tower for Virginia-based Children’s Hospital Foundation. The animation celebrates the new structure, built in Richmond, a stand-alone world-class inpatient facility devoted specifically to the healthcare needs of children.

Littger worked closely with the foundation and agency Markham Yard to set the hospital stage as a safe and homey destination for children undergoing short- and long-term pediatric care. She directed the animated ad for the hospital foundation’s campaign comprising a 30 second TV spot running both locally and digitally, print, OOH, programmatic digital, and direct marketing. The integrated campaign, “The Wonders Within” highlights the children’s healthcare solutions made possible through philanthropic support for the ongoing development of the Wonder Tower.

CHF "Wonder_Tower".mp4 from Lobo on Vimeo.

Additional animations for major agencies and brands include Littger’s short film Bonfire for General Mills brand Yoki out of CP+B Brazil, which received both Clio Awards and New York Advertising Awards. Her talents have been tapped for client projects for the United Nations, as well as CAIXA, games studio 111 Dots Studio, and Garena. Her graduation film from the animation school GOBELINS l'école de l'image, Blind Eye, earned her and her co-directors 3.3 million views since its release, more than 50 festival nominations and several awards. Her CGI animated short film None of That out of Ringing College of Art and Design secured her and the team a student grant, a place as BAFTA finalist, and garnered over 4 million views on Youtube.

“We have had the pleasure of working with Isa during her time at GOBELINS and couldn’t be more excited to continue our collaboration,” noted Mateus de Paula Santos. “She’s an extraordinary talent that we’re lucky to have as part of the Lobo team.”

“In my opinion, animation is the most extraordinary of arts--a magical way to materialize our thoughts, dreams and feelings,” shared Littger. “Due to this passion, I am currently working on an original series called Sybil and Her Past Lives, which got selected in the Annecy Mifa Pitches original series of 2020. This wouldn’t have been possible without Lobo's help, as they played a huge role.”

After earning a Bachelor of Fine Arts   from the Florida-based Ringling College of Art and Design, Littger held storyboarding and concept art posts with True Motion Studios as well as Loboi. She earned her Master’s at GOBELINS l'école de l'image in Paris while freelancing as a concept artist and storyboarder and interned at French game studio Pretty Simple as a 3D character animator. She reunited with LOBO following her degree as a freelancer first, before signing on as a full-time director.