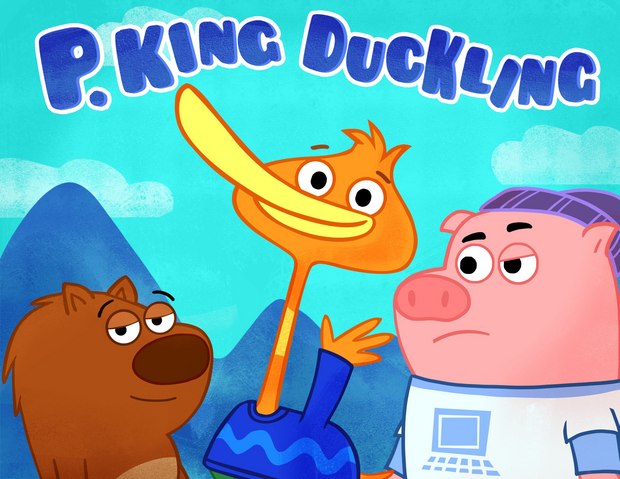 Aimed at 4-7 year olds, the action-packed, animated pre-school show follows the fortunes of P.King Duckling, an adventurous bird with big dreams but not a great deal of common sense.  Extremely handsome (at least in his own mind), with great self-confidence and an unstoppable spirit, P.King Duckling lives in suburban Hilly Hole with his friends loyal Wombat and self-important pig Chumpkins.  P.King Duckling is always looking for an adventure but unfortunately his travels don’t always go to plan.  From accidentally pulling down London Bridge to getting stuck inside a blue whale, who knows where P.King Duckling’s next adventure will lead him?

With an educational curriculum created by Dr. Christine Ricci (Dora The Explorer), and music composed by Little Airplane’s Emmy Award-winning musical director Jeffrey Lesser (Wonder Pets) P.King Duckling will take viewers on a flight of adventure around the world and beyond as our intrepid bird goes in search of ever more daring thrills and spills.  Changing the way children think about problems, P.King Duckling will encourage children to see setbacks in a positive light and keep on dreaming, imagining and doing.

“Little Airplane Productions is delighted to be teaming up with UYoung for this historic US/China collaboration,” says Little Airplane’s founder Josh Selig.  “P.King Duckling is a very funny character that we believe will appeal equally to children in Asia, Europe and North America. We are very excited to be sharing this new project with the international broadcast community.”