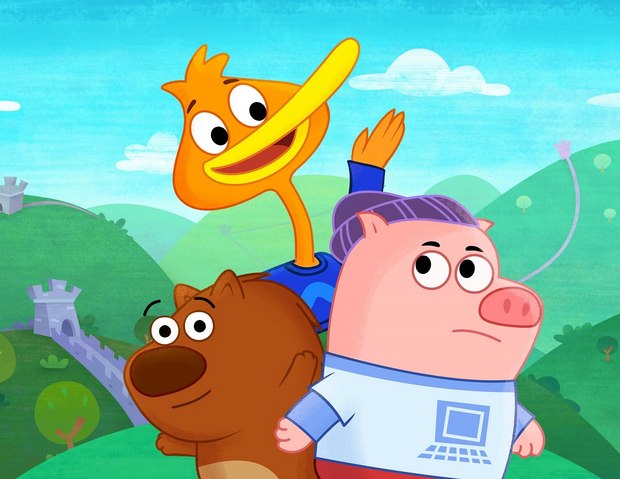 UYoung and Little Airplane Productions’ brand new preschool comedy series P. King Duckling (52 x 11”) is set to make its world premiere on Disney Junior in the U.S. on Monday, November 7th (5:00 p.m., ET/PT). Episodes of the series will also be available on the Disney Junior app beginning the same day.

P. King Duckling was created by Emmy Award-winning preschool TV producer Josh Selig of Little Airplane Productions, in collaboration with James Chen Gu, General Manager of UYoung Animation. The series is being directed by UYoung’s creative director, Eddy Bo Fan, and is being executive produced by James Chen Gu and Josh Selig. UYoung owns the global TV and licensing rights for the show.

Aimed at children aged 2-7, P. King Duckling follows the feathery adventures of an extremely intrepid, but slightly hapless, young duck and his two best friends, Chumpkins and Wombat. The series is set in the rural and rather wonky community of Hilly Hole, but P. King and his friends have adventures all over the world, from the Left Bank of Paris, where they redecorate the Eiffel Tower, to the Great Wall of China, which they manage to turn into the Great Waterslide of China.

“We are delighted that P. King Duckling is to become the first Chinese production to air on Disney Junior US and then across multiple territories around the world,” said Lisa Zhong, President of UYoung. “We are hopeful that children across the globe will fall in love with P. King Duckling and enjoy his hilarious international adventures.”