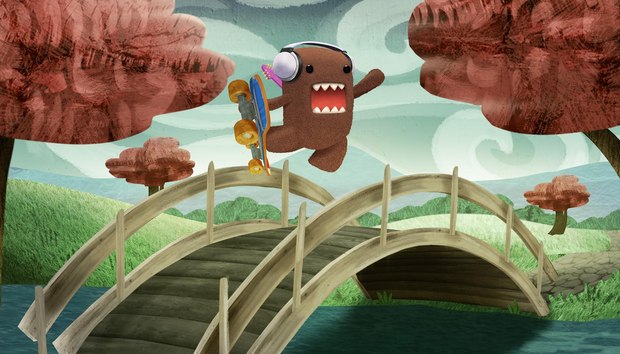 NEP has retained the Asian broadcasting rights while Little Airplane holds the distribution rights for the special for the rest of the world. They are bringing the special to MIPCOM. Domo Rock! features the voice of Star Trek actor and social media commentator George Takei as band member Mr. Usaji

A brown, furry, animated monster, Domo first appeared in 1998 in short form animations to celebrate the ten year anniversary of NHK’s satellite broadcasting. Created by Tsuneo Goda of Dwarf Studios in Tokyo, who also advised on the special, Domo became famous beyond Japan after achieving global viral success and has since appeared in several video games and books.  Domo Rock! will show Domo in a completely new light and represents the first long-form content the character will have appeared in.

Written and directed by multi Emmy Award winner Josh Selig and produced entirely at Little Airplane Productions studio in New York, Domo Rock! will take Domo on an international, road trip of epic proportions.  The story starts with Domo at home in Japan, receiving a call from an agent in LA inviting him and his band to play a concert in Hollywood.  But when he tries to board a plane he’s told he cannot bring his beloved guitar on board.  So Domo is forced to travel by skateboard, train, boat and motorcycle, via Cairo, Paris, London and New York, to try to get to his gig on time.

With each city represented by a new design and animated style, Domo Rock! has a uniquely bold and fresh look.  Aimed at a teenage audience, the theme song has been created by indie rock band Big D and Kids Table.

“We are honored to be working with NHK, NEP and Big Tent on Domo’s first animated rock and roll special for an international audience. Domo truly does rock!” says Josh Selig, founder Little Airplane Productions.