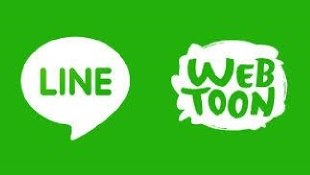 LOS ANGELES -- LINE Webtoon, the popular webcomic service available on smartphones, tablets and web browsers, has officially launched Challenge League, a new feature that allows for artists to submit their webcomics for a chance to become an official LINE Webtoon artist. Challenge League is free for webcomic fans and aspiring artists looking to showcase their talents and gain recognition, while discovering the best comic content available via mobile and desktop.

To officially launch Challenge League, LINE Webtoon will host a $50,000 competition globally, to discover the best new webtoon artists. Anyone over the age of fourteen can participate in the competition by uploading a webcomic in English at www.webtoons.com/challenge. To be eligible to win the prizes, the content will be judged based on audience engagement, such as number of views and shares. Additionally, LINE Webtoon’s staff will evaluate the content based on creativity, originality and the artist’s ability to publish webcomics on a weekly basis. The prizes include two $5,000 third place prizes, a $10,000 second place prize and a $30,000 grand prize. The contest is free to enter and will run until January 25, 2015. The winner will be announced on January 30, 2015. LINE Webtoon will continue providing the Challenge League service on its official site after the contest.

In sharing their creations, Challenge League artists can meet their audience and communicate with them through the simple and easy to use interface. This ecosystem was created to help creators gain popularity and become official webtoonists within the LINE Webtoon service. LINE Webtoon also offers opportunities to recreate the webcomic across diverse media such as movies, TV series and more to expand beyond just webcomics. LINE Webtoon is dedicated to helping artists launch a full time career, with some Webtoon artists earning up to $80,000 a month.