LIMA to Induct Three Industry Veterans to Hall of Fame

Allan Feldman, Dell Furano, CEO, and Cyril Speijer will be honored Tuesday, May 23, at the LIMA Licensing Awards Ceremony during Licensing Expo 2017. 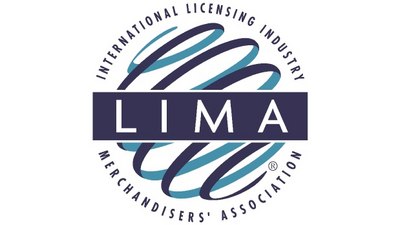 NEW YORK -- For the first time in 25 years, the International Licensing Industry Merchandisers’ Association will name a trio of industry executives to the Licensing Hall of Fame in the same year. For 2017, the honorees include: Allan Feldman, CEO and Founder of LMCA; Dell Furano, CEO and Founder of Epic Rights; and Cyril Speijer, former CEO of Wavery Productions B.V. and current co-principal of BN Licensing B.V. This year’s Hall of Fame Induction takes place Tuesday, May 23, at the LIMA Licensing Awards Ceremony during Licensing Expo 2017 in Las Vegas.

“We are honoring three outstanding licensing professionals who are leaders in their fields and who have helped lay a strong foundation for our thriving industry,” said LIMA President Charles Riotto. “All three – Allan Feldman, Dell Furano and Cyril Speijer – are innovators with decades of success who have broken new ground in brand, music and character licensing. Both individually and together, they are an impressive addition to the Licensing Hall of Fame.” A licensing industry pioneer with more than 40 years in the business, Feldman has amassed a long list of firsts. Among them, he is credited with being first to bring trademark licensing into industrial products. He also was among the first to utilize direct-to-retail licensees (via a $5 billion deal between Kmart and White-Westinghouse) and implement a co-branding deal (between Eddie Bauer and Ford Explorer). Feldman began using corporate brand licensing in the mid 1970s, showcasing licensing as a “wonder-tool” for brand and bottom-line growth. He started LMCA in 1986 and his client roster reads like a who’s who in business and leisure, including venerable brands such as AT&T, Craftsman, Del Monte, Frigidaire, HP, Ingersoll Rand, Mobil Corporation, Snuggle, The ’21’ Club, Trane, 3M, United Airlines, Westinghouse, American Diabetes Association, and the San Diego Zoo, among many others.

A former LIMA board member, Feldman served on two LIMA committees, and is a member of the Licensing Executives Society (LES) and International Trademark Association (INTA). He is a board member of the U.S Department of Commerce’s New York District Export Council (NYDEC) and the Intellectual Property Management Institute, and is on the advisory board of The Licensing Journal. Feldman was a member of LIMA’s first delegation to China and helped bring the organization and licensing to Asia. A true legend in the music licensing and merchandising industry, Furano has been instrumental in growing music artist’s retail brand licensing into a multibillion-dollar global business. In his expansive 40-plus year career, he has directed the merchandising and licensing efforts for the top names in the music industry, including The Beatles, KISS, Madonna, U2, AC/DC, Justin Timberlake, Jennifer Lopez, Michael Jackson, Led Zeppelin, Wham/George Michael, Shakira, and more, as well as having orchestrated concert merchandise programs for music legends such as The Rolling Stones, Bruce Springsteen, Billy Joel, Barbra Streisand, Prince, Aerosmith, Tim McGraw, and The Who, among others. A licensing and merchandising trailblazer in his native Netherlands, Speijer and his Wavery Productions has been a go-to agent for character and brand licensing for more than 50 years. Beginning in 1967 by organizing product promotions, Speijer became an agent extraordinaire with characters such as Marsupilami, Bollie & Billie, The Smurfs, and many others for publisher Dupuis and Lombard. He also was the force that propelled Tintin beyond the Hergé comic strip. When the Oberon publishing house closed its licensing division, Wavery Productions stepped in and managed the rights to five-star characters Asterix & Obelix and Lucky Luke. In addition, among others, Speijer has collaborated with Lucas Films, Universal Studios, LCA, EON Productions (for James Bond), Lorimar, United Media, ZIV, Paws, The Jim Henson Company, Peanuts Worldwide, and the former Children’s Television Workshop (for Sesame Street). In addition, he was credited with rolling out the international licensing program for the National Football League and the National Hockey League.

The second international executive to be inducted into the Licensing Hall of Fame – behind Shintaro Tsuji, founder of Tokyo-based Sanrio Co., Ltd. – Speijer is a former LIMA board member and the 1995 recipient of the LIMA Beanie International Licensing Agent Award.

Candidates for the Licensing Hall of Fame must demonstrate continual and outstanding contributions to the licensing industry. Consideration is given to those who have been actively involved in the business of licensing for a minimum of 15 years and whose contributions have ongoing relevance to the industry.