Seasoned ‘Star Wars’ scribe Lawrence Kasdan directs an inside look at the craftspeople who played a pivotal role in cementing the series’ legacy. 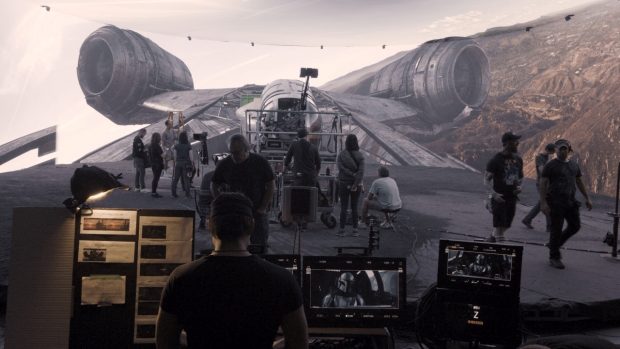 Disney+ is shining a spotlight on the oft-unsung stars of Star Wars. This summer, the streamer will premiere Light & Magic, a six-episode documentary series about the VFX team behind George Lucas’ classic sci-fi franchise.

Fittingly announced on May 4th, the show promises an in-depth look at Lucas’ Industrial Light & Magic, which the filmmaker founded to deliver the visionary special effects that made Star Wars a cultural phenomenon. Light & Magic is directed by Star Wars vet Lawrence Kasdan, who co-wrote The Empire Strikes Back, Return of the Jedi, The Force Awakens, and Solo.

“Granted unparalleled access, Academy Award-nominated filmmaker Lawrence Kasdan takes viewers on an adventure behind the curtains of Industrial Light & Magic, the special visual effects, animation, and virtual production division of Lucasfilm. Learn what inspired some of the most legendary filmmakers in Hollywood history, and follow their stories from their earliest personal films to bringing George Lucas’ vision to life.”

Those attending this year’s Star Wars Celebration (running May 26-29) will get an early look of Light & Magic, with preview footage of the series set to be shown during a panel that includes Kasdan, Ron Howard, and legendary VFX artists Phil Tippett, Joe Johnston, and Dennis Muren.