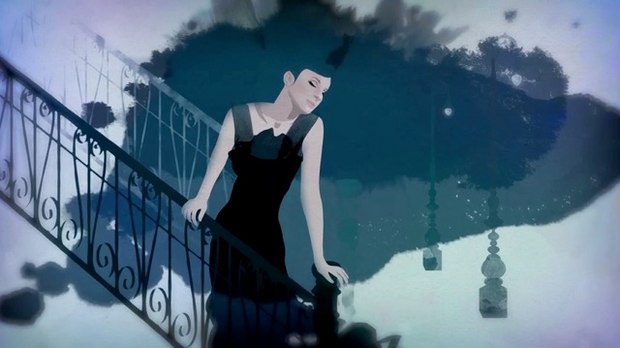 NY-based VFX and production shop Light of Day was tapped to bring visual life to international concert artist David Krakauer’s multi-media production The Big Picture, which explores the inseparable relationship between music and movies. To enhance the newest and most adventurous project of Krakauer, Light of Day visualized the curated musical experience featuring uniquely jazz-ified tracks from twelve moviegoer favorites including Sophie’s Choice, The Pianist, and Life is Beautiful, among others. Using the historically rich soundtrack assembled by Krakauer, Light of Day’s design team crafted graphics for the production to create a more visceral audience experience that would allow each individual to take a unique journey through their own feelings, memories and thoughts. Pulling from the themes inspired by film compositions chosen, the team helped to artfully illustrate a personal and cultural journey.

The production pays homage to Krakauer’s personal discovery of his cultural heritage and in the broader sense, to the journeys we all take to find meaning and connection to our roots. The production debuts on January 29th at the Museum of Jewish Heritage – A Living Memorial to the Holocaust and will have two performances weekly (Wednesdays at 7:30pm EST and Sundays at 2:00pm EST) for the following four weeks. Rather than pulling clips from the actual film scores used in the piece, the Light of Day team instead crafted original graphics to skillfully represent the overarching Jewish heritage theme across all the chosen films. A team of LOD artists utilized animation and 3D modeling techniques to craft visual designs including a rendering of the Brooklyn Bridge for Sophie’s Choice and train tracks for Schindler’s List. Light of Day Senior Designer Leo Nguyen led a team of artists to craft an allusive ink animated style to run throughout each piece to tie the whole production together visually. Tasked with creating the visual element that would lend itself to the live musical performances, Nguyen adapted to not have the visuals dictate the performance, but rather, tie them in as an accompanying element to the show. Instead of employing an overtly narrative approach to interpreting the films, Nguyen derived insights from the overall themes, concepts, and characters to bring a unique visual element to this singular multi-media performance.

Notes Nguyen, “A lot of the selected films are some of my favorite films. It was such an exciting challenge to work with the other artists to extract the themes from each film and translate that into a visual interpretation for the audience. Creating design work based around music and film really tied together my main passions and was truly a dream come true.”