NY-based VFX and production shop Light of Day pulls out all the visual stops for the launch of Beyonce’s surprise self-titled visual album, released on iTunes in the early hours of December 13th. 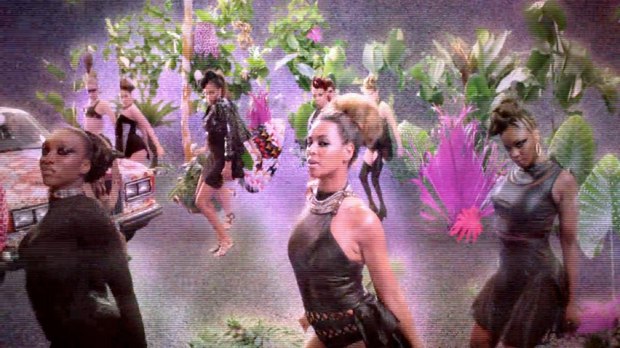 NY-based VFX and production shop Light of Day pulls out all the visual stops for the launch of Beyonce’s surprise self-titled visual album, released on iTunes in the early hours of December 13th.

The album includes 14 tracks and 17 videos, and features the likes of Jay Z, Drake and Blue Ivy. Light of Day contributed visual effects on both the “Grown Woman” and “Drunk in Love” videos, working closely with Good Company and Beyonce’s own Parkwood Entertainment. The wildly successful album is available exclusively on iTunes and has already shattered records, with over 800k downloads in the first three days, making it the platform’s fastest selling album to date.

The empowering track “Grown Woman” is brought to visual life with a journey from Beyonce’s living room performances as a youth to her present-day confident and sexy diva moves. To artfully blend the historical home video footage with the new shots, Light of Day delivered a vintage 90s video look to all of the footage, creating a unified and cohesive aesthetic with subtle static effects.

The team also seamlessly inserted a grown Kelly Rowland/Beyonce duo into the actual setting from their girlhood in-home productions. For 90’s elements throughout the video, the team composited digital replacements onto wardrobe pieces to further digitize the dancers with graphic swaps. Additionally, Light of Day handled all effects in the video’s psychedelic jungle scene, compositing Beyonce and a leather-clad band of back-up dancers into a rad-ified digital jungle, designing the quirky look as well as adding static and video damage for aging effects.

Light of Day also handled finishing on both “Grown Woman” and the seductive and passionate collaboration with hubby rapper Jay Z in “Drunk in Love.”