Annual global licensing industry survey reports a 4.2 percent increase in 2015 for a worldwide total of $251.7 billion in retail sales of licensed merchandise. 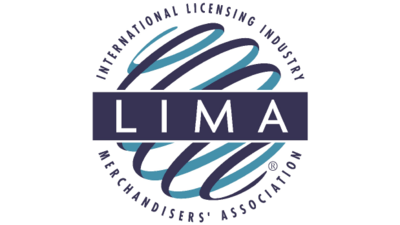 NEW YORK -- Retail sales of licensed products grew to $251.7 billion in 2015, a gain of 4.2% from the previous year, according to the 2016 International Licensing Industry Merchandisers’ Association’s (LIMA) Annual Global Licensing Industry Survey conducted by Brandar Consulting, LLC. Royalty revenue from retail sales of licensed merchandise jumped 7.8% to $13.9 billion, due to robust retail sales and higher royalty rates that averaged 8.5% in 2015 versus 8.2% in 2014. Overall, Entertainment/Character licensing remains the largest category, accounting for $113.2 billion, or 45% of the total global licensing market.

Charles Riotto, President, LIMA commented, “The 2016 survey showcases the resonance that licensed intellectual properties continue to have among consumers around the world. The size of the Global Licensing Market is on the rise, and is showing strength as our industry expands into new corners of the world.”

The U.S. and Canada remain the largest global market for licensed merchandise with retail sales of $145.5 billion last year, up 3.9% for a 57.7% share of the market. Retail sales of licensed goods outside the U.S. and Canada totaled $106.35 billion, up 4.8% from 2014. The next largest global region was Western Europe, with especially strong results in the U.K., Germany, Belgium and the Netherlands tallying revenue of $51.8 billion. This was followed by Northern Asia, including China, Japan and South Korea, with retail sales of $22.1 billion.

After Entertainment/Character, Corporate Trademarks was the next biggest property type, generating $52.8 billion in retail receipts for 21% of total revenues. Fashion was the next largest survey category, with $29.8 billion (11.8% of the total), followed by Sports at $24.9 billion (9.9%).

As the overall retail marketplace is characterized by a move toward omnichannel sales, survey respondents reported that online sales accounted for an average of 18.3% of their business, up from the 16.4% they reported a year earlier.

Further excerpts from the LIMA Annual Global Licensing Survey will be published in future issues of LIMA’s Inside Licensing, and the complete report, including regional and country-by-country breakdowns for major markets, will be made available free to LIMA members later this summer. Non-members can purchase the survey here.