The ‘SNL’ alum and ‘Our Flag Means Death’ star will voice the series’ protagonist, Plastic, but the character is not connected to a certain rumored DC feature. 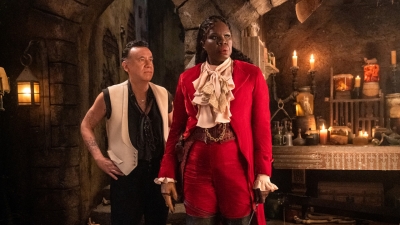 The untitled series’ plot details and writing team have yet to be disclosed, and it currently does not have a home network. Jones will serve as its executive producer, in addition to starring as the main character, Plastic.

Per Variety’s sources, “an individual with knowledge of the project [says] the show is not connected to the female-led take on the DC character Plastic Man that was reportedly in the works as a feature back in 2020."

Jones’ project adds to Warner Bros. Animation’s growing slate of adult animated comedies, which includes the Scooby-Doo origin story, Velma, as well as the DC series Harley Quinn and its upcoming spinoff show centered around Kite Man, Noonan’s. All those series have a streaming home at HBO Max.

First look at the adult animated series "VELMA," which reimagines the beloved Scooby-Doo character, presented onstage at the #WBDUpfront by creator Mindy Kaling