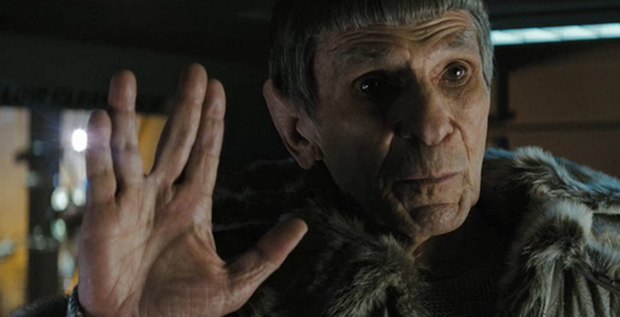 Very sad news today for Star Trek fans and popular culture lovers around the world. As has been widely reported, Leonard Nimoy, the actor, vocalist and poet who won a worshipful global following as Spock, the resolutely logical human-alien first officer of the Starship Enterprise in the television and movie juggernaut Star Trek, died on Friday morning at his home in the Bel Air section of Los Angeles. He was 83.

According to his wife, Susan Bay Nimoy, the cause of his death was end-stage chronic obstructive pulmonary disease. Nimoy announced that he had the disease last year, attributing it to years of smoking, a habit he had given up three decades earlier. He had been hospitalized with severe chest pains earlier in the week.

Often earnest, sometimes campy, Star Trek employed the distant future and primitive special effects -- at least by today’s standards -- to take on social issues of the 1960s. The show, which had its premiere on NBC on September 8, 1966, made Nimoy a star, with series creator Gene Roddenberry calling him “the conscience of Star Trek.”

Born in Boston on March 26, 1931, Leonard Simon Nimoy was the second son of Max and Dora Nimoy, Ukrainian immigrants and Orthodox Jews. His father worked as a barber.

While Nimoy’s career as an actor is widely celebrated, he also directed two of the Star Trek movies, Star Trek III: The Search for Spock (1984) and Star Trek IV: The Voyage Home (1986), which he helped write. In 1991, the same year that he resurrected Spock on two episodes of Star Trek: The Next Generation, Nimoy was also the executive producer and a writer of the movie Star Trek VI: The Undiscovered Country.

When director J. J. Abrams revived the Star Trek franchise in 2009, with an all-new cast -- including Zachary Quinto as Spock -- he included a cameo part for Nimoy, as an older version of the same character. Nimoy also appeared in the 2013 follow-up, Star Trek Into Darkness.

With his sonorous and immediately recognizable speaking voice, Nimoy was highly prized for his voiceover work. From 1995 to 2003, he narrated the Ancient Mysteries series on the History Channel. He also voiced Galvatron in Transformers: The Movie (1986), and provided the voice of Dr. Jekyll/Mr. Hyde in The Pagemaster (1994). In 2001, he voiced the king of Atlantis in the Disney animated feature Atlantis: The Lost Empire, and in 2005 he furnished voice-overs for Sid Meier's award-winning video game Civilization IV.

More recently, Nimoy had a recurring role on the sci-fi series Fringe and was heard, as the voice of Spock, in an episode of the hit sitcom The Big Bang Theory.