Company continues close collaboration with AMD with an expanded set of new mobile and desktop workstations. 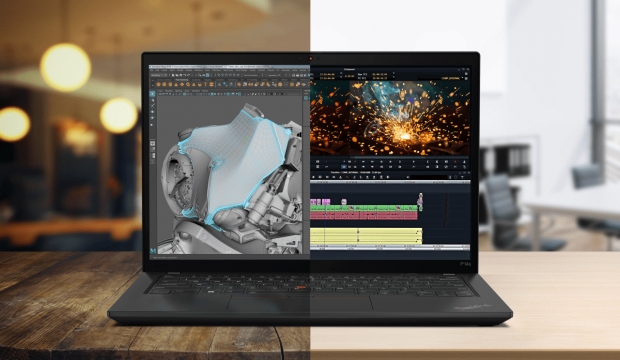 The company revealed the new ThinkPad P15v and ThinkPad P14s, built for creators who “demand more value.” ThinkPad P15v closes the gap in price and performance between entry-level and high-end workstations by including the most powerful mobile AMD Ryzen™ PRO 6000 H-series processors with integrated security features, professional graphics from NVIDIA, and a 15.6-inch UHD display. The ThinkPad P14s, Lenovo’s most mobile workstation, features the latest AMD Ryzen PRO 6000 U-series processors with next generation Radeon™ PRO integrated graphics, providing power-on-the-go at an accessible price point. It enables creative production “anytime or anywhere, all inside a conveniently portable 14-inch chassis.” For users looking for more screen real estate without sacrificing mobility, the ThinkPad P16s, which launched earlier this year, offers the same feature functionality as its smaller cousin, but in a 16-inch form factor. All of these mobile workstations have been tested at the highest level to pass MIL-SPEC standards.

Lenovo will also be showcasing the ThinkStation P620, which originally debuted in 2020 and remains the only AMD Ryzen Threadripper™ PRO-powered desktop workstation available and shipping today. Used by leading studio DreamWorks Animation, the ThinkStation P620 is designed to be the most versatile workstation on the market, removing bottlenecks to allow performance to scale and user productivity to soar while running a variety of multi-threaded applications. This includes support for up to two NVIDIA RTX™ A6000 or four RTX A4000 graphics cards, six PCIe Gen 4 expansion slots for maximum configuration flexibility, and a large 33L chassis for better airflow and thermal management.

Lenovo’s expanded portfolio of AMD-based workstations ranges from a pair of lightweight contenders to a balanced price and performance mobile workstation, from a high-powered tower to the value-forward desktop workstation. All of these machines are ISV-certified to deliver peace of mind when tackling the most demanding workflows and offer more choices to better serve Lenovo’s customers across industries.