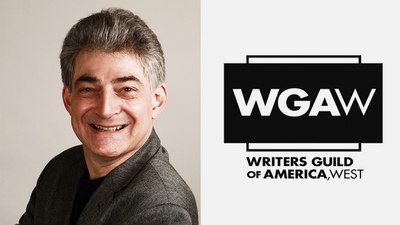 The AWC’s lifetime achievement award will be presented to Uhley Wednesday, November 19, at the AWC’s annual meeting and awards ceremony at WGAW headquarters in Los Angeles. Fellow AWC honorees Stan Berkowitz and Alan Burnett are set to co-present the AWC award to Uhley, and WGAW Vice President Howard A. Rodman will be on hand to introduce the evening’s ceremony.

“Len Uhley is one of the finest choices the Animation Writers Caucus and the Guild could make for this award. A talented writer with credits in both episodic and feature animation, he's always been one of the most respected, nicest people in the industry, always willing to share his time and his advice, and a good friend to all – a truly deserving recipient of this award,” said AWC Chair Craig Miller.

“When you look at the number and variety of animated series Len Uhley has contributed to over the years and the high quality of work he has brought to them, it’s quite an astonishing record. For a lot of people in animation he has been the go-to guy, both in comedy and action-adventure. For many of us he also represents the backbone of the industry,” said past AWC honoree Alan Burnett.

According to Berkowitz, Uhley is a writer who “knows story structure backward and forward and always gives his best effort – even to shows with the word ‘dork’ in the title.” Beyond being adept at the craft of animation writing, over the years Uhley has shown “a serious commitment to the union movement…which is good because we had to work hard to get those scripts covered by the WGA.”

After his first professional sale while still in his junior year at UCLA’s School of Theater, Film and Television, an introduction to a story editor at Walt Disney TV Animation in 1986 led to a prolific, nearly 30-year writing career in animation.

In 2012, Uhley received a Writers Guild Award nomination for Animation for penning the Ben 10: Ultimate Alien episode, “Moonstruck.” Over the course of his career, Uhley has shared five Emmy nominations for his work on a variety of animation series: Static Shock (2003 and 2004, Special Class Animated Program), Ozzy & Drix (2003, Special Class Animated Program), TaleSpin (1991, Outstanding Animated Program for Programming More than One Hour), and Duck Tales (1989, Outstanding Animation Program). In addition, he received the Entertainment Industries Council's Prism Award for the “Where There’s Smoke” episode of WB animated series Ozzy & Drix.