BURBANK, CA -- Warner Bros. Home Entertainment and Village Roadshow Pictures released The LEGO Movie: The Special Special Edition on Blu-ray on November 3 exclusively at Target. Directed by Phil Lord & Christopher Miller (Cloudy with a Chance of Meatballs, 21 Jump Stree), The LEGO Movie is the hilarious story of a nobody who saves everybody. The Special Special Edition features a bonus Blu-ray disc with over two hours of new special features. Fans also can own all the new bonus features digitally on iTunes Extras and Vudu Extras.

The LEGO Movie stars Chris Pratt as the voice of Emmet, an ordinary LEGO minifigure, mistakenly thought to be the extraordinary MasterBuilder, and Will Ferrell as the voice of President Business, aka Lord Business, an uptight CEO who has a hard time balancing world domination with micro-managing his own life. Voicing the members of Emmet’s rebel crew on this heroic mission are Morgan Freeman (Oblivion) as the ancient mystic Vitruvius; Elizabeth Banks (The Hunger Games) as tough-as-nails Wyldstyle, who mistakes Emmet for the savior of the world and guides him on his quest; Will Arnett (TV’s The Millers) as the mysterious BatmanÔ, a LEGO minifigure with whom Wyldstyle shares a history; Nick Offerman (TV’s Parks and Recreation) as the craggy, swaggering pirate Metal Beard, obsessed with revenge on Lord Business; Alison Brie (TV’s Community) as the sweet and loveable Unikitty and Charlie Day (TV’s It’s Always Sunny in Philadelphia) as Benny, the 1980-something Spaceman.

The original 3D computer-animated story follows Emmet, an ordinary, rules-following, perfectly average LEGO minifigure who is mistakenly identified as The Special, the most extraordinary person and the key to saving the world. He is drafted into a fellowship of strangers on an epic quest to stop an evil tyrant, a journey for which Emmet is hopelessly and hilariously underprepared. 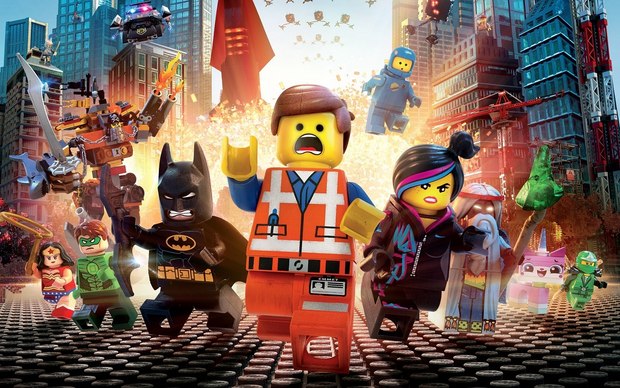