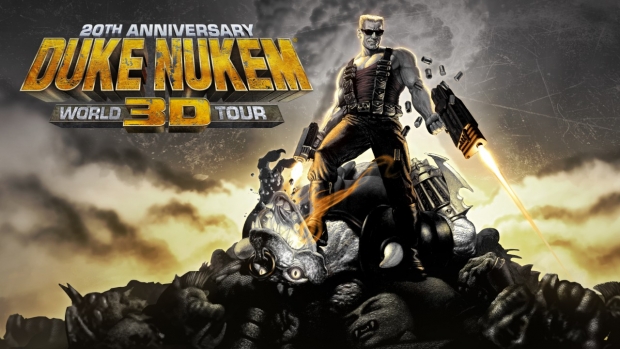 Duke Nukem, the classic first-person shooter game that has amassed a cult following since its heyday in the 1990s, is next in line for adaptation into a feature film.

According to The Hollywood Reporter, Legendary Entertainment - the studio behind the Godzilla “Monsterverse” - has acquired the film rights to Duke Nukem from Gearbox Software. Legendary will also produce, alongside Cobra Kai creators Josh Heald, Jon Hurwitz, and Hayden Schlossberg via their company, Counterbalance Entertainment, and Jean Julien Baronnet of Marla Studios. (After producing the feature adaptation of Assassin’s Creed, Baronnet founded Marla Studios in 2016 to specialize in game adaptations.)

While neither a director nor writer has been named, THR says that “the door is open for one of the Counterbalance team to potentially sit behind the camera.” The film’s story will presumably be centered on the games’ titular protagonist -- an irreverent, hyper-masculine killer modeled after ’80s-era action heroes who fights against alien invaders at the behest of the U.S. government.

Back when Gearbox was developing a Duke Nukem film with Paramount, John Cena was named as its star, but the project did not move forward. Gearbox since refocused its efforts into adapting the action shooter Borderlands for the screen, bringing Eli Roth on board to direct and Cate Blanchett and Kevin Hart to star. Lionsgate plans to release the film later this year.