Forum to feature panels on cinematography and VFX and visual effects in the wild; industry leaders to host interactive business roundtables. 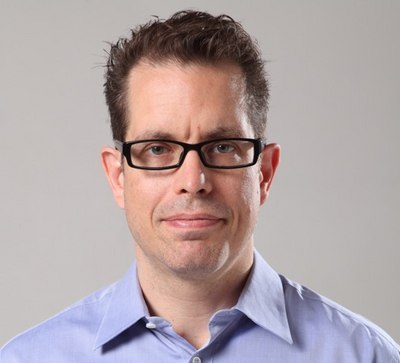 LOS ANGELES -- The Visual Effects Society, the industry’s global professional honorary society, has announced that Peter Loehr, acclaimed producer and CEO of Legendry Pictures’ joint venture in China, Legendary East, as Keynote Speaker at its eighth annual VES Summit, “What is Real?” The interactive forum on Saturday, October 29th will bring together top creatives, executives, thought leaders and visionaries from diverse disciplines to explore the dynamic evolution of visual imagery and the VFX industry landscape in a TED Talks-like atmosphere.

Loehr is the CEO of Legendary East, Legendary Pictures’ China joint venture, which focuses on big budget Sino-U.S. co-productions with subjects based on Chinese history, mythology or culture. He is one of the producers of The Great Wall -- directed by Zhang Yimou, starring Matt Damon, Willem Dafoe, Pedro Pascal and Andy Lau -- the largest ever U.S.-China co-production and the largest production ever shot in China, slated for release in China on December 16 and worldwide release through Universal Studios in 2017. He has forged a storied career as a producer with deep expertise and experience working with and within the diverse Asian film market.

In 1995, Loehr established Imar Film Co., Ltd., China’s first independent film company, producing, distributing and marketing all of their films entirely in-house. Loehr was selected as one of Variety’s “10 Producers to Watch” in 1999. Before The Great Wall, Loehr has produced nine feature films in Asia, including: Spicy Love Soup, which swept the 1998 domestic Chinese awards; Shower (1999), which won 11 awards at nine different film festivals; and Quitting (2001), which also won awards at multiple film festivals. All five Imar-produced films were among the top domestic releases in China the year they were released. In early 2002, Loehr began a new venture, Ming Productions, focusing on larger scale Asian-themed pictures for a world audience. In 2005, Loehr became Managing Director of the Creative Artists Agency (CAA) in China, China’s largest and most successful literary and talent agency. During Loehr’s seven- year tenure, the agency grew from the ground up to represent more than 70 artists in China, Hong Kong, Japan and Korea. In six short years, CAA was involved with four of the largest co-productions in Asian history, John Woo’s The Battle of Red Cliff, Rob Minkoff’s Forbidden Kingdom, Mission Impossible 3 and the Will Smith-produced The Karate Kid. He joined Legendary Pictures in 2012.

The VES Summit will extend the idea of “What is Real?” beyond visual constructs to the many new business models in our changing industry. Whether captured or created, images are representations of reality. Experiences, whether virtual or physical, generate their own realities. And new technologies, storytelling forms and platforms take us further into uncharted territories. So... what is ‘real’ in the end? More importantly, do audiences care -- as long as they’re enjoying the experience? Join the conversation…

An award-winning psychologist/neuropsychologist, Director of Medical Virtual Reality at the USC Institute for Creative Technologies, and Senior Editor of the MIT Press Journal, Presence: Teleoperators and Virtual Environments, Rizzo conducts research on the design, development and evaluation of Virtual Reality systems targeting the areas of clinical assessment, treatment and rehabilitation across the domains of psychological, cognitive and motor functioning in both healthy and clinical populations. The common thread that drives all of his work with digital technologies involves the study of how interactive and immersive Virtual Reality simulations can be usefully applied to address human healthcare needs beyond what is possible with traditional 20th Century tools and methods.

Whether a movie is photographed ‘classically,’ created with significant digital and visual effects work, or a combination of both, there are many artistic contributors to its look. In an increasingly digital process, how is the work handled? Does the cinematographer stay involved in the post process? What about cinematography in animation? This panel explores this topic -- in the context of ‘What is Real,’ with leading DPs and VFX professionals on the collaboration and blending of these art forms to deliver on the filmmaking vision. (Panelists to be announced soon).

Visual effects are bursting into new mediums with new technologies and techniques changing the way we perceive and interact with the world around us. From 3D projections that can change the face of a building to spectacular immersive experiences, visuals are leaping off screens and into the wild. Join us to explore and learn how visual effects are redefining live entertainment, theme parks, museums and our everyday interactions with the ‘real’ world. (Panelists to be announced soon).