3D conversion company partners with Metaverse on ‘The Recruit: R U In,’ a new interactive project currently featured on Samsung’s Milk VR store. 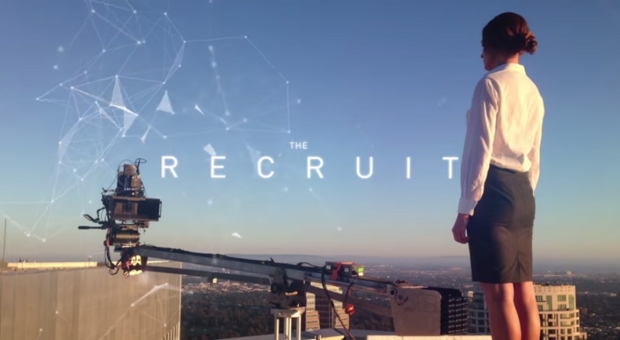 Hollywood, CA -- Industry-leading 3D conversion and VFX studio Legend3D has launched a Virtual Reality division, and are currently partnering with feature film studios, ad agencies and global retail partners to create immersive VR experiences in both 2D and 3D formats. Legend’s first project, released at CES 2015, was the much-acclaimed short The Recruit: R U In (in partnership with Metaverse, Inc.) and it is currently featured and available on Samsung’s Milk VR store for download. Adriana Lee, of ReadWrite.com, called The Recruit “…the best Milk VR title” in her January article on the launch of the Milk VR app.

Legend3D has also been awarded a high-profile contract from a leading retail brand to provide 360 camera capture, creative consultation, VFX and conversion work for a 360-degree stereoscopic VR experience. Legend is also in active discussions with a number of major studios for cinematic VR content that will be released in conjunction with key marketing initiatives, from tentpole releases to installations at San Diego Comic-Con. Legend’s new Virtual Reality division offers clients a full-service solution from concept to completion for any VR device, in both 2D and 3D 360-degree formats.

“The key to successful Virtual Reality is producing innovative content at a high-quality level, and the experience is even more successful when it is delivered in stereoscopic 3D,” said Jared Sandrew, Legend’s Chief Creative Officer. “Legend has utilized our award-winning 3D pipeline to create a natural and creative way to introduce realism in these virtual worlds. Our approach guarantees more creative flexibility for filmmakers and agency creative, while also being easier on both post-production budget and schedule fronts.”