On the heels of the its first anniversary, Pune, India facility to expand to nearly 50,000-square feet to accommodate growing artist teams. 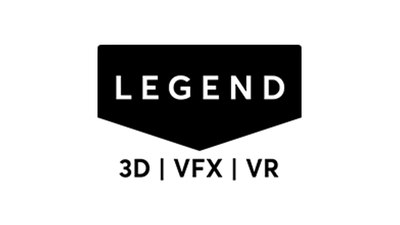 LOS ANGELES -- As the company celebrates the first anniversary of the opening of its Pune, India facility, Legend 3D has added two experienced VFX veterans to its management team, Jeff Shapiro as Chief Financial Officer and Jeremy Nicolaides as Executive Producer.

The milestone comes at the one-year anniversary of the India studio, which has expanded the company’s global capacity by 150 percent, while improving both output and quality under the supervision of General Manager Shamitha Kattukandy (who joined from Deluxe/Stereo D.) The combined experience of the Pune senior management (many of whom joined from competitor companies), reflects work on multiple Academy Award and Visual Effects Society winning and nominated films and more than 125 years of combined production and artistic accomplishment. As a result, the Pune facility footprint will expand to nearly 50,000-square feet for artist teams, a 25 percent increase since the operation began last September.

A proud moment for the Pune team came last month when the two most recent films on which they worked -- Warner Bros. feature The Meg and Studio 8’s Alpha -- were both screened in 3D at their World Premiere events, confirming the quality of the stunning visuals Legend produced. Legend’s commitment to the Asia Pacific region also includes its growing presence in China, where it now hosts over 100 professionals in its Luoyang facility, doubling its workforce since launching in January of this year. “Adding Jeff and Jeremy affirms Legend’s commitment to providing value to our clients,” said Legend 3D CEO Aidan Foley in making the announcement. “Their extensive experience in all facets of visual effects finance and production will ensure fiscal and creative efficiencies for the studios and brands that entrust their IP to us. These developments reflect our steadfast commitment to provide increased capacity and creative resources for clients. The expanded workforce in Asia Pacific enables us to add creative capacity for our clients by migrating teams based previously in the U.S. and Canada. Legend Hollywood remains home to our corporate staff and key creatives, while our Pune and Luoyang, China locations will host the majority of our creative artisans.”

At Legend’s Corporate HQ in Los Angeles, visual effects executive Jeff Shapiro has been named Chief Financial Officer for the global organization, joining Legend from Atomic Fiction, where, as CFO, he led the transaction that resulted in the agency’s acquisition by Deluxe’s Method Studios. Concurrently, Shapiro had served as CFO of Conductor Technologies, (which creates cloud computing software for visual effects), where he oversaw capital fundraising and the successful product launch of the innovative SaaS rendering solution.

Previously, Shapiro spent six years at as Global Head of Production Finance at both Sony Pictures Animation (2014-2017) and Sony Pictures Imageworks (2011-2014). At SPA, he had oversight for all aspects of budgeting, financial planning and business development at the studio level, and managed an international team responsible for the development and production of original animated feature films. At SPI, Shapiro helped migrate California operations to Vancouver, aiding in SPI’s transformation from a VFX studio to full-fledged CG feature facility capable of generating three theatrical features per year. Prior to that, Shapiro was Senior Production Finance Manager at Digital Domain and Senior Animation Production Accountant for Disney subsidiary ImageMovers Digital. Another key addition to the Legend 3D team is multi-award winning industry veteran Jeremy Nicolaides, who will serve as Executive Producer. Known for successfully collaborating with filmmakers, producers, and studios in 3D, VFX, and Digital Intermediates, Nicolaides’ extensive experience on both the studio and vendor side has given him a valuable perspective on cultivating and supporting relationships with creatives and clients, ensuring their projects get on screen with the highest quality possible…on time and on budget.

Nicolaides’ acumen of post-production technology and the creative process has earned him two awards from the Visual Effects Society (VES) and three awards from the Advanced Imaging Society (AIS) for his work on such films as Blade Runner 2049, Transformers: Dark of the Moon, Star Wars Eps. 1-3, and Men in Black 3. Jeremy not only supervised the first 3D conversion of an IMAX film, but also the first 3D conversion of a live action feature film.

Throughout his career, Nicolaides established himself as a key creative and knowledgeable business executive, from Chief Creative Officer (at Southbay Technologies) and Global Creative Director (at Prime Focus), to Producer, Supervisor, Colorist, Compositor, and Consultant. He has worked in 2D and 3D film (both native 3D and converted 3D), on everything from episodic and long form TV to Giant Screens and location-based attraction experiences. On many occasions, Jeremy has helped guide directors, producers, supervisors, and business owners through their first 3D project, proud of his track record of providing strong leadership, technical ability and impeccable client relations.