Leftchannel founder and creative director Alberto Scirocco to participate in the ‘Remaining an Artist in the Commercial World’ panel discussion this weekend at the Savannah College of Art & Design. 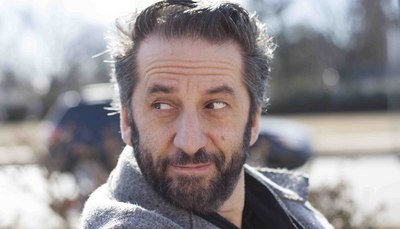 COLUMBUS, OH -- Leftchannel Founder and Creative Director Alberto Scirocco will be speaking on Saturday, February 27th as part of the CoMotion 2016 Conference at SCAD (Savannah College of Art & Design). Scirocco has been selected to participate in the Panel Discussion entitled, Remaining an Artist in the Commercial World.

The panel Discussion, Remaining an Artist in the Commercial World, will take place Saturday, February 27, 2016 from 12-2 p.m. The panel will be moderated by Professors Michael Betancourt and James Gladman. The panelists will include Alberto Scirocco of leftchannel, Alan Williams of Imaginary Forces, Traylor Woodall of Fivestone Studios, Jason White of Leviathan, Curt Cooper of Frost Motion, and Jimmy Fisher of AMC. The panel will take place at the SCAD Museum of Art Theatre 601 Turner Blvd, Savannah, GA 31401.

Originally from Milan, Italy, Leftchannel Founder and Creative Director Alberto Scirocco was literally born into a life of art and creativity, hailing from a long line of architects that date back to the construction of St. Peters Square in Vatican City in 1586. With a greater calling for design, Alberto found himself attracted to the more contemporary and experimental graffiti art. Rather than the traditional covert approach, Scirocco obtained permission and support by the city of Milan to use graffiti to embellish abandoned structures. At the age of 17, Alberto debuted his first exhibition at the famed La Triennale di Milano. A few years later, he took that experience to the U.S. where he studied art at the Columbus College of Art & Design.

Scirocco’s focus on fine art rather than solely computer animation is key to the aesthetics that define Leftchannel, the motion design & animation studio he's led since 2003. The studio's ability to integrate elements of illustration, painting and sculpture into motion has defined the company's unique perspective and explains why so many clients are turning to this design-driven, international studio. Leftchannel's signature style is ever-present on some of their most recent projects including two new Promos for E! and Fashion Week/New York; animation for a vibrant, new open for Discovery Science "Rise & Sci"; and character animation for a University of Colorado Health and Welfare Plan Initiative entitled "Brussels + Muscles." Leftchannel was a 2014 SXSW Excellence in Title Design Finalist, "Feed Your Creative Brain // motion 2013."

Scirocco sees the untapped potential of motion graphics & design to help not only create content, but package it, commenting, "It can sometimes feel like every good idea has been done before, but that's not true. There are endless possibilities, it's all in how you approach it. If you come into an assignment with a mindset of there's endless opportunity, then you tend to look at the world with a sense of abundance. It is our job as motion designers to take those opportunities and define a concept and method to create something meaningful."

Scirocco was recently invited as a high-profile speaker to PromaxBDA. He has also been invited to the Motion Conference in Santa Fe, New Mexico for the last three years. Leftchannel's pioneering talent has been applied to a multitude of projects including film, advertising, broadcast graphics, architecture, retail planning, digital installation and environmental design.