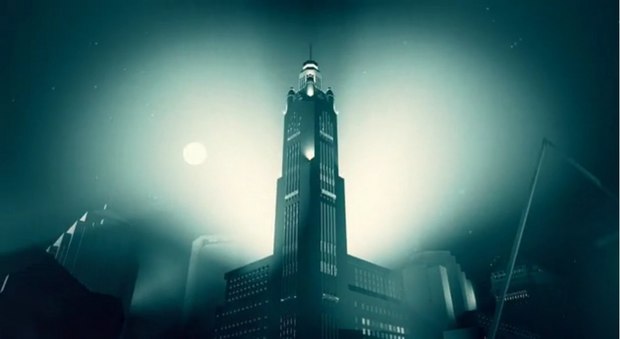 COLUMBUS, OH -- Cinephiles are used to seeing the best in independent cinema and film classics at the Columbus, OH-based Gateway Film Center. Now, thanks to motion design/animation studio leftchannel, they also get to see an evocative 20-second open that precedes the start of every feature presentation at the popular film center created by the award-winning studio.

“The theater focuses a great deal of their energy on film and the arts in general,” Scirocco says. “They have a real passion for film, so it made sense for us to nod to a classic like Metropolis.”

Scirocco explains that the poster features a distinct monochromatic feel that captures a certain stark city skyline. “Our piece evolved from that with more detail and lighting,” Scirocco notes. “In it, you only see the top of the buildings and all of the visuals emerge from out of the darkness. The final scene features klieg lights scanning the sky that take on a 1950s art deco, futuristic look.”

The piece was built to feature some of the signature architecture of Columbus, treated subtly so that the piece still had universal appeal yet had a particular interest to the local viewers who would recognize the city’s architecture.

“We love what the theater stands for and both the application and the mood of it fit our esthetic. This just seems like a great fit,” Scirocco says. “In the end I think we came up with something that rewards repeated viewing and is in sync with the theater and its customers.”