In honor of the iconic beagle’s 65th birthday on August 10, ‘The Peanuts Movie’ director Steve Martino shows fans how to #DrawSnoopy. 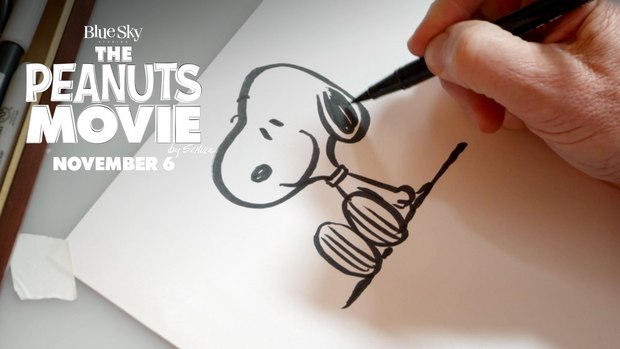 In honor of the iconic beagles65th birthday (that’s 455 dog-years!) coming up on Monday, August 10, The Peanuts Movie is showing fans how to #DrawSnoopy.

Watch the video below where The Peanuts Movie director Steve Martino (Ice Age: Continental Drift) shows how you can #DrawSnoopy. Then, share your own drawing with #DrawSnoopy and get ready for Snoopy’s big birthday celebration on August 10th.