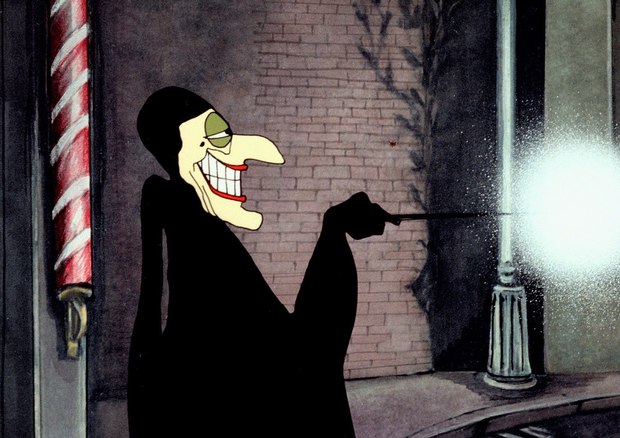 Prepare for a dazzling display of magical mischief this Halloween as Cross/Rogers celebrates the 40th Anniversary of the classic animated holiday special Witch’s Night Out starring Gilda Radner. Witch’s Night Out is a Halloween special that premiered on NBC October 27, 1978. Produced Leach/Rankin Productions in Toronto, it featured the voices of Fiona Reid as Nicely and Catherine O’Hara as Malicious, with Gilda Radner as the Winifred the Witch. It’s a spooky surprise in Anytown when a witch’s magic wand falls into the wrong hands in this nostalgic Halloween special. When the witch hears of a party being held at her haunted mansion, she decides to bring on the fun by showing off her magical tricks and turn two kids Small and Tender and their babysitter Bazooey into whatever they want to be for Halloween. However, when her magic wand disappears, Anytown is turned upside down.

A treat for the whole family, Witch’s Night Out returns just in time to celebrate 40 years of magic Halloween night on the Decades Network at 10:30PM Eastern/7:30PM Pacific and again at 2:00AM Eastern/11:00PM Pacific. You can also find Witch’s Night Out on DVD , Amazon Prime, Shout! TV, and Google Play through Millcreek Entertainment.

Explaining the true meaning of Halloween and the joy of wearing costumes, Witch’s Night Out was created by John Leach and Isobel Jean Rankin in 1978 as a follow-up to the 1974 Christmas TV special The Gift of Winter. Though originally made for Canadian TV, both holiday specials -- featuring many of the same characters as well as the same imaginative but simple character design and style -- were also broadcast in the United States.

Leach, now working under the name Jonathan Rogers, was the creative force behind the 1982 music video for George Clinton’s “Atomic Dog,” among many other notable projects including animated inserts for Sesame Street. He is currently working with Los Angeles-based animation director James Cross under the Cross/Rogers banner, where the duo is developing four new Holiday specials featuring the original Anytown characters, including a sequel to Witch’s Night Out.

Witch’s Night Out is also being developed as an off-Broadway musical by composer and songwriter Jim Dooley -- who wrote the music for the Oscar-nominated short Maggie Simpson in The Longest Daycare -- and director Rye Mullis, the director of three editions of the Ringling Bros. and Barnum & Bailey Circus.