Featuring a retired and recently widowed former Russian cosmonaut, Le Cube’s ‘Back to the Stars’ is the latest film in Ritz-Carlton’s Let Us Stay With You series. 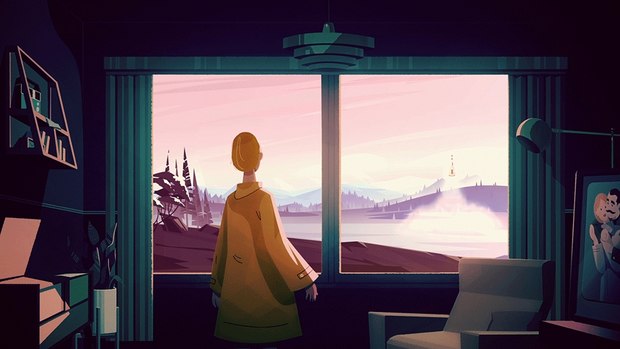 The concept for “Back to the Stars” was created by Saatchi & Saatchi and Team One, the company that manages the Ritz-Carlton’s business globally, and is the latest film in the hotel chain’s “Let Us Stay With You” series.

The story is based on the real life experiences of a guest staying at the Ritz-Carlton’s Yalong Bay resort in Sanya, a retired and recently widowed former Russian cosmonaut. The loss of his wife meant he was having trouble enjoying his vacation, despite the idyllic surroundings. After learning of the man’s story, the hotel manager rallied the staff to create various surprises for him that could help ease his suffering and help him appreciate the beauty around him.

“We were asked to tell the story of the man’s remarkable life as a renowned astronaut, portray his deep love for his wife, and show how the hotel brought him some comfort amid the sadness of losing her. We also needed to emphasize the hotel’s values, namely exceptionally attentive staff, kindness and cordiality,” Karam recounts about the project.

Le Cube received a deck with a selection of previous films they had done, like Frances and Senna, making it clear the agency were looking for a deep, emotional mood. “We also received photos of the hotel and the real protagonist. Although we ultimately decided not to base the design on his real image to avoid it becoming a caricature, we understood that there needed to be an element of realism to the overall aesthetic,” Karam notes. The idea was to use bold lighting to create a rich atmosphere and dramatic mood. “For the characters, we aimed for simplicity and elegance in their body forms, but with enough detail to portray the age and ethnicity of the characters,” says Karam. “The clothes needed to place the characters in specific eras and locations, starting in a 1960s Russian winter and finishing in summer in modern day China.”

The agency provided a synopsis and rough storyboard that helped to visualize what they were looking for, according to Karam. “The structure of this early storyboard was pretty much the same as the final result,” he says.

“The storyboard was developed for the initial pitch and took one week,” Karam continues. “We spent one week exploring the design, followed by four weeks to produce all the characters and backgrounds. The animatic took two weeks, with three rounds of revisions with the agency. The animation took a further six weeks to complete.”

In terms of the art and design, both the client and agency trusted Le Cube’s vision for the project, approving almost everything with very few revisions. “They were very concerned about telling the story and highlighting the values of the hotel, so we had some back and forth in the animatic stage,” Karam recalls. “This is normal as it’s the stage in the process when the client can really get a feel for the storytelling and we can craft the narrative together,” he notes.

“The music was crucial to set the emotive and nostalgic mood for the piece,” Karam continues. “From the beginning I thought about classical instrumental music, and was particularly inspired by Debussy. We wanted only a minimum of Foley and external sound design, using just the instruments to reinforce the different moments and moods of the animation. To help us to place the story in China, once the character arrives at the hotel we integrated some accents of classical Chinese instruments.”

As always, Le Cube placed great emphasis on craft: “It’s so pleasing to work with a client that values that,” Karam enthuses. “Ultimately I think it’s a really touching animated piece. It’s something that we haven’t seen too much of before in Chinese commercial work, so we’re really happy to have been given the opportunity to bring something new.”

Watch the making-of in the player below: