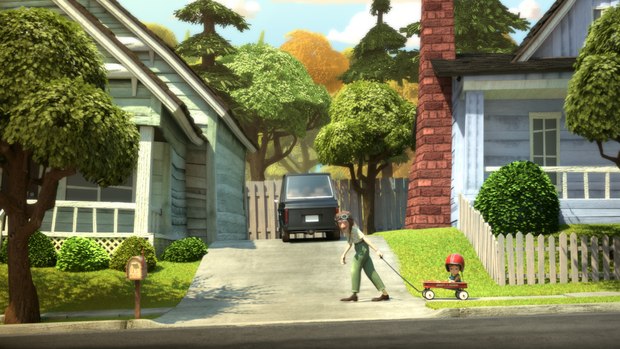 The news arrives via a report by the Shreveport Times, which stated that several former employees reportedly posted on social media that their roles at the Shreveport, LA-based animation company were eliminated and that they were looking for jobs. The Times also reports that rumors of a possible sale of the company have been circulating for weeks. Citing a non-disclosure agreement, Moonbot co-founder Brandon Oldenburg declined to comment on the layoffs or a possible sale and relocation of the studio, but did say that co-founder William Joyce retains his ownership stake in the company.

Moonbot creative director Adam Volker, speaking from the VIEW Conference currently underway in Turin, Italy, confirmed the news to AWN, but said there was no official statement at this time.

Former employees reportedly signed non-disclosure agreements, with one laid-off employee telling the Times that employees were barred from providing details as a condition of receiving severance packages.

As of June, the Moonbot Studios employed more than 70 people. It’s currently unclear how many employees were laid off, and the company’s website currently lists no job openings.

Founded in 2009 by Oldenburg, Joyce and Lampton Enochs, Moonbot has created animated shorts with accompanying mobile apps, commercials, and more, earning numerous Emmy, Annie, Webby, Cannes and Clio awards. The studio won an Academy Award for its 2012 animated short, The Fantastic Flying Books of Mr. Morris Lessmore, and also earned accolades for its 2013 animated short film and mobile game, The Scarecrow, for Chipotle Mexican Grill. The company also played a role in the production of DreamWorks Animation’s 2012 feature, Rise of the Guardians, and earlier this year released The Boy Who Learned to Fly, about the life of athlete Usain Bolt, for Gatorade.

In 2014, the studio announced that it was acquiring film rights to award-winning author Ellen Potter’s “Olivia Kidney” trilogy of young adult books, with the intention of making a live-action film with significant animation sequences.