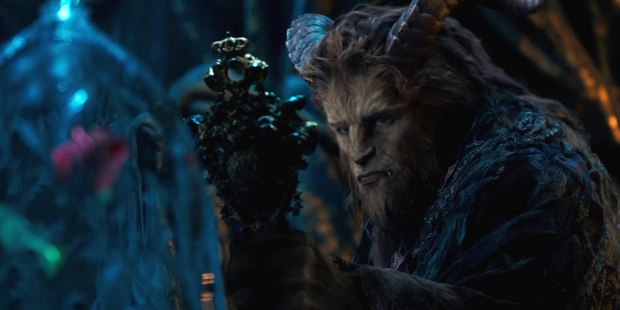 Lawsuit alleges that Disney used stolen MOVA Contour Reality Capture technology for this year’s live-action remake of ‘Beauty and the Beast’ and other top-grossing films.

SAN FRANCISCO -- Inventors of the Oscar-winning motion picture technology MOVA Contour Reality Capture are suing entertainment giants Disney and Marvel in a new lawsuit accusing them of infringing the inventors’ intellectual property while using stolen technology to make at least two of their highest grossing motion pictures to date, Guardians of the Galaxy (2014) and Beauty and the Beast (2017).

The intellectual property lawsuit, filed July 17, 2017, alleges that defendants knew that the proprietary technology they used was owned by Rearden LLC and Rearden Mova LLC, the plaintiffs in the action, and that the company supplying the technology to Disney and Marvel had stolen it from a secured storage facility.

The MOVA Contour technology at the core of the lawsuit has been used in films to capture some of the most subtle facial performances from actors such as Brad Pitt in The Curious Case of Benjamin Button, Jeff Bridges in Tron: Legacy, Mark Ruffalo as The Hulk in The Avengers, Daniel Radcliff and Rupert Grint in Harry Potter and the Deathly Hallows, Parts 1 and 2, among many other blockbuster movies. The software output permits VFX studios to project captured facial performances onto CG faces, bringing the computer generated characters to life.

Disney had contracted with Rearden to use the MOVA Contour system in four films as the owner of the MOVA Contour copyrights, patents, and other proprietary technology, which includes its patented computer program, arc-shaped Contour camera and lighting rig, synchronized cameras at multiple angles, and specially-mixed phosphor-based makeup used to capture thousands of control points on the actor’s face.

In 1999, serial inventor and graduate of Apple and Microsoft Steve Perlman formed Rearden LLC and self-funded the company as an incubator for advanced technology including facial performance capture and other ground-breaking inventions. Perlman’s facial performance capture innovations were used in fifteen major motion pictures and were widely acclaimed in the visual effects and broader motion picture industries.

Rearden wrote a cease-and-desist letter to LaSalle in March 2013, reasserting that it owned the MOVA Contour intellectual property, that LaSalle had taken it illegally, and that Rearden would take legal action if necessary. According to the complaint, LaSalle then notified interested parties including Disney and its Industrial Light and Magic division of Rearden’s claims, both of which swiftly dropped out of negotiations for MOVA Contour. A Chinese company affiliated with DD3 called Shenzhenshi then appeared on the scene claiming to have bought the MOVA Contour technology and to have licensed it to DD3. In 2013, “LaSalle had access to the secure storage facility where the physical MOVA Contour apparatus was kept, and assisted DD3 in taking the patented MOVA Contour physical apparatus and copies of the copyrighted Contour Program,” according to the lawsuit.

Disney went on to use the MOVA Contour capabilities for Beauty and the Beast, the tenth-highest grossing movie of any rating of all time and the highest-grossing PG-rated film of all time.

As detailed by the complaint, the MOVA technology was critical to Disney’s ability to successfully recreate one of its most valuable franchises. Director Bill Condon went further, crediting the success of the CG Beast to the unique capabilities of MOVA Contour and attributing the film’s success to MOVA Contour, saying “…we could get everything else in this movie right, but if we didn’t get a Beast that people believed in then [the movie] wouldn’t work.” This sentiment was affirmed by Beauty and the Beast editor Virginia Katz: “…the main concern, for me and I think for all [working on the movie], was how that the Beast was going to be visualized. I mean, if the Beast didn’t work, then the film wouldn’t work.”

The suit seeks all just and equitable patent, copyright, and trademark remedies on behalf of the inventors and owners of the MOVA Contour systems and methods. The lawsuit, filed in the U.S. District Court for the Northern District of California, brings claims of infringement of five of Rearden’s patents, copyright infringement, and trademark infringement for allegedly using stolen intellectual property of the MOVA Contour system and using the patented technology and photos of its generated output to promote films. You can read the full complaint here.