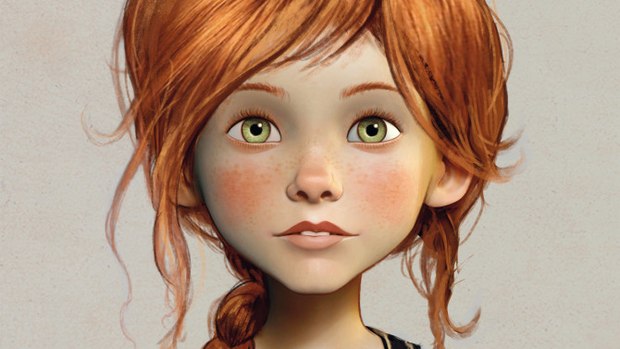 Los Angeles, CA -- The Paris of 1884 is rising again, with 200 new characters and a little girl that really wants to dance. But before L’Atelier Animation could bring their ballet dream story to life, they needed to design a new render pipeline. Their creation was a 7,000 core colossus, wrangled into an efficient state by the leading render farm manager for VFX – PipelineFX’s Qube!.

Balancing the needs and constraints of a new studio can be challenging, especially when applied to a high-performance process like animated 3D filmmaking. For Montreal startup studio L’Atelier Animation, the pipeline that would usher Ballerina -- a new 3D animated feature about an orphan girl with dreams of dancing on a Paris stage -- into the world had to make efficiency a priority if the team was ever expected to hit their December 2016 release date. Qube!’s track record made it stand out immediately.

“It was clear from the beginning, we needed a solution that could harness a lot of different processes,” said Dave Lajoie, R&D Director at L’Atelier Animation. “Encoding, decoding, processing media, exporting Alembic, generating hair/fur data, and batch processing scenes are all managed by Qube!; it has a flexible API that allows us to deeply integrate it within our pipeline. You can really tell why it’s been used in our industry for so long.”

Because of his history of pipeline R&D at Industrial Light & Magic, Lajoie knew that maximizing every bit of the firm’s computing power was their best chance at a high throughput system. Amassing a mix of onsite workstations and dedicated cloud cores through Scalar Systems had given them a lot of firepower. But as the numbers grow, efficiency often shrinks. Qube! would be the counterbalance.

“Through cluster priorities, we can guarantee that our farm maintains the right balance of resources at any given time,” said Lajoie. “Every job is prioritized so if a worker is no longer needed by its cluster, it is automatically re-assigned to another’s highest priority. This ensures that our farm is always rendering.”

L’Atelier Animation’s second wish was for an open API so they could link custom applications and new products to Qube!’s powerful smart farming technology. Using python scripting, Lajoie was able to integrate Guerilla Render, the look dev, lighting and rendering system from Mercenaries, within a matter of days. “The open access to Qube! Job types made it easy to inherit code from the command line classes, add our desired feature and still take advantage of the stability of a well-tested code base,” added Lajoie.

While most work on Ballerina is being produced in Montreal, L’Atelier Animation has the ability to tap artists around their network. Qube!’s support for Mac OSX, Windows and Linux facilitates their easy inclusion in the pipeline, even when they are working remotely. Qube! compatibility also extended into the pipeline’s versioning system. To be effective, it was important that each job sent to the processing farm could capture the exact pipeline version at its submission time. This allows wranglers to change the version while jobs are being processed, minimizing any potential disruptions whenever they are updating the pipeline.

Lajoie has also been amazed with the quality of support he’s received from PipelineFX. “Having access to a highly qualified support team has really made the difference for us. In this ever-changing environment, you never know what sort of problems you might face during production. Qube!’s support team working hand-in-hand with our team is a Qube! ‘feature’ in and of itself.”

Sometimes Qube! support makes itself felt when a problem’s source seems hard to find. For example, during production L’Atelier Animation’s file server was having a few random issues that were difficult to pinpoint. With Qube!’s logging system and the advice of Qube! support, they were not only able to discover what was causing the issue, but access enough data and error logs to get the problem isolated and solved.

“I can’t tell you how helpful it is to have industry veterans on your side when you are undertaking a project of this magnitude,” said Lajoie. “As render farms grow to take on more processing capabilities, studios are going to want ready-made ways to lower production budgets and raise quality. For my money, that answer’s Qube!.”