Second full release from the Late Night Work Club collective brings seven new and diverse films from filmmakers located all over the world to the Los Angeles Downtown Independent on Friday, December 9. 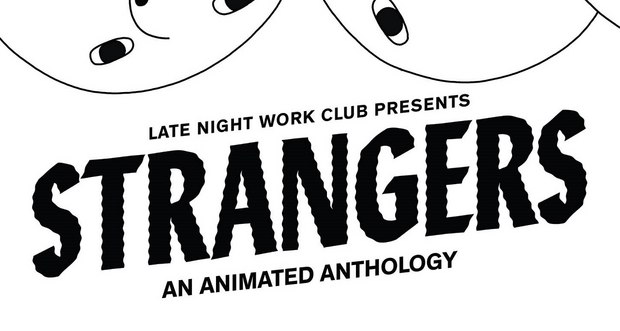 The Late Night Work Club -- a loose, rotating collective of indie animators who do independent, non-commercial work -- is bringing its “Strangers” short film show case to The Downtown Independent Theater on Friday, December 9.

“Strangers” marks the second full release from the Late Night Work Club collective with seven new and diverse films from filmmakers located all over the world, including new work from Loup Blaster, Jeanette Bonds, Sean Buckelew, Alex Grigg, Kirsten Lepore, Nicolas Ménard & Caleb Wood with interstitial animation by Charles Huettner and original music by Skillbard, David Kamp, SCNTFC & more. For the Los Angeles premiere of the collection, LNWC has teamed up with Ghosting TV & GLAS Animation for a special, one night celebration of no budget, non-commercial, DIY animation.

LNWC will be screening the entire second anthology, plus brand-new special guest films from friends, to be followed by a Q&A with LNWC directors Jeanette Bonds, Kirsten Lepore and Sean Buckelew.

ABOUT LNWC:
Late Night Work Club is a loose, rotating collective of indie animators. That is, animators who do independent, non-commercial work. It’s an excuse to bring a whole bunch of us together and make something great, and also to promote the work of the artists involved. Some of the best, most personal, experimental and vital animation going right now is happening on the internet. It’s being made late at night when other people have gone to sleep and on weekends when everyone else is out. It’s being made by students, freelancers, full-timers and folks with unrelated day jobs. It means something to us. It’s our scene. Blossoming at Annecy
DreamWorks’ ‘The Mighty Ones’ Takes to the Sea in New Season 2 Trailer
Netflix Drops Sneak Peek Images from Jorge Gutiérrez’s ‘Maya and the Three’
The NFB Showcases Dedication to Auteur Animation at Annecy 2021 Studio Focus
Netflix Drops Teaser Trailer for ‘Masters of the Universe: Revelation’
‘The Lord of the Rings: The War of the Rohirrim’ Anime Feature Now Underway
Noggin Sets BBC Studios’ ‘JoJo & Gran Gran’ Debut
The Formula for Success Explained in ‘The Boss Baby: Family Business’ Video
END_OF_DOCUMENT_TOKEN_TO_BE_REPLACED