‘The Last Kids on Earth’ Have a Rad New Quest 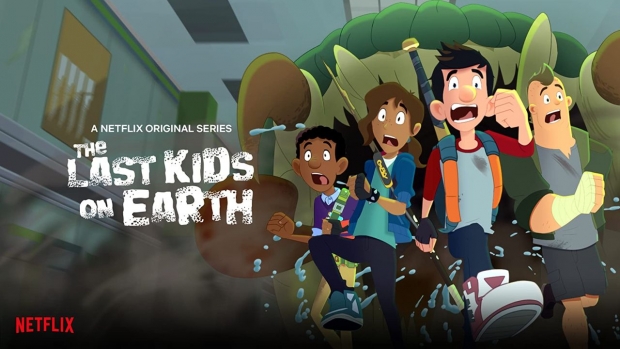 The time has come for the most epic of quests: kicking monster butt! Follow Jack Sullivan and his angsty band of teenage survivors in Season 2 of Netflix’s animated comedy-adventure The Last Kids on Earth, which premieres Friday, April 17. Joining the crew this season is Skaelka, a vicious ax- wielding warrior voiced by Schitt’s Creek’s Catherine O’Hara, whose signature red locks have translated well into monster form. Also joining forces with the gang is Chef, a monster…chef voiced by Mr. Evil Dead himself, Bruce Campbell. At least this time, he has four arms instead of one. We miss the chainsaw, though.

The new season, based on the second book in the franchise, features 10, 22-minute episodes. The show follows Jack Sullivan (played by Nick Wolfhard) and a band of suburban middle schoolers living in a decked-out tree house, playing video games, gorging themselves on candy and battling zombies.

Last Kids is produced by Atomic Cartoons and is based on the New York Times bestselling book series by Max Brallier. Season 2 will also feature the voice talents of Mark Hamill, Rosario Dawson, Keith David, and Wolfhard. Grab your weapons and popcorn!