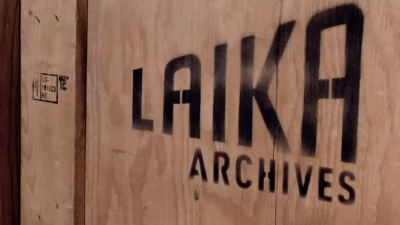 Time to draw back the curtain! LAIKA Studios (Coraline, ParaNorman, The Boxtrolls) has released the first episode in a six-part series, LAIKA Archives, that explores all the exciting costumes, props, and sets from the production house’s iconic films. All materials are created in-house by the studio’s talented artisans, some of which will be featured throughout the series, including costume designer Deb Cook, head model maker Keith McQueen, and writer-director Chris Butler. Cook’s episode, “Deb Cook Revisits the Costumes of Coraline's Other Mother,” is now streaming.

In an interview with Variety, Butler stated, “There’s something truly magical about walking into a room and seeing a table full of gorgeous sculpts, gorgeous artwork that’s been created by very talented people.”

LAIKA chief marketing officer and SVP of operations, David Burke, added, “LAIKA creates movies that matter. It takes a community of talented artists, artisans and technologists to make a Laika film. Because they are crafted in the stop motion animation medium, the studio has many physical assets from each film.”

LAIKA Studio’s newest project, Wildwood, is based on the series of novels by Colin Meloy (lead singer for The Decemberists) and illustrator Carson Ellis. The film is currently in production at LAIKA studios outside Portland, Oregon and features an impressive, star-studded cast including Carey Mulligan (Promising Young Woman); Oscar winner Mahershala Ali (Moonlight); Peyton Elizabeth Lee (Andi Mack); Jacob Tremblay (Room); Awkwafina (Shang Chi and the Legend of the Ten Rings); Oscar nominee Angela Bassett (What’s Love Got to Do With It), and many more. The feature does not currently have a release date.