Event raises funds for LGBTQ students, while celebrating and highlighting the accomplishments of the 16 newest Point Scholars. 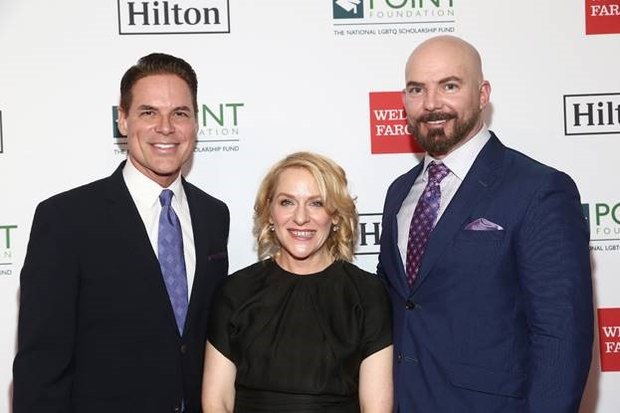 Editor’s Note: Supporting the LGBTQ community has always been important to LAIKA, and being honored by the Point Foundation is a tremendous honor that recognizes the studio’s efforts to expand people’s awareness of diversity through the powerful medium of animation. The studio’s 2012 film, ParaNorman, introduced the first openly gay character in a major studio animated feature.  Chris Butler, the film’s writer and director, was nominated for a GLAAD Media Award in recognition of his work on the film. Butler also wrote and directed LAIKA’s most recent film, Missing Link, that showcases a personal journey of discovering one’s own identity that the main character, Link/Susan, is compelled to undertake. At the gala, the award-winning stop-motion animation studio LAIKA received the Point Impact Award. ASIFA Hollywood president and animation historian, Jerry Beck, presented the award, noting the ability of LAIKA and its president & CEO, Travis Knight, to use the power of art to uplift diverse voices and create community.

“We live in a world that’s fractured and entrenched, a world that seems bent on burnishing the rough edges and straightening the crooked lines, on silencing dissonant voices,” Knight remarked when accepting the award. “But those voices need to be heard. Tonight, at this beautiful event, we have a chorus of those voices: the Point scholarship recipients. You are the voices the world needs to hear. You are leaders, artists, advocates, champions. The work you’ve done, the work you continue to do, and the work that’s yet to come will find its way into people’s lives. It’ll help them, it’ll inspire them, connect them. It will make a difference.”

The evening also welcomed the newest class of Point Scholars, celebrating and highlighting the accomplishments of the 16 new student leaders. Highlighting the new class of Point Scholars meant the audience at the Beverly Hilton saw first-hand how each of these young leaders are learning from their difficult pasts and are dedicated to creating a better future for others in their community.