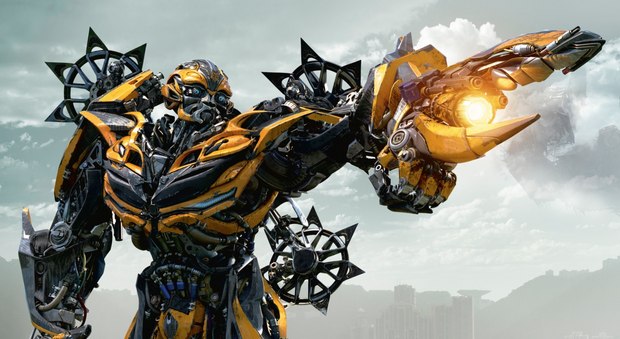 Paramount Pictures has tapped LAIKA CEO Travis Knight to direct the live-action Transformers spinoff Bumblebee, according to a report by Deadline.

Knight made his directorial debut last year with the twice-Oscar-nominated epic animated feature, Kubo and the Two Strings, which employed stop-motion and CG animation to dazzling effect.

Based on the popular line of toys from Hasbro, the film franchise was launched in 2007 with director Michael Bay’s Transformers, followed by Transformers: Revenge of the Fallen in 2009, Transformers: Dark of the Moon in 2011, and -- the most recent installment -- 2014’s Transformers: Age of Extinction, which earned more than $1 billion at the global box office.

Produced by Lorenzo Di Bonaventure, Michael Bay and Steven Spielberg from a script written by Christina Hodson, Bumblebee is slated for release on June 8, 2018.

The new spinoff, which emerged from a writer’s room at Paramount led by Oscar-winning screenwriter Akiva Goldsman set up in order to expand the Transformers cinematic universe, was first revealed at during an analyst presentation at the 2016 Toy Fair. Since then, the studio has announced that Michael Bay would return to direct Transformers: The Last Knight, which releases in theaters on June 23rd, but would not return for Transformers 6 (to be released on June 28, 2019).

Earlier in February, Paramount chairman and CEO Brad Grey spoke with The Hollywood Reporter about the studio’s plans for the franchise, noting that the Bumblebee movie would be made under a smaller budget than the previous films: “There are characters in the Transformers universe that can be and should be made into their own movies,” he said. “We will make the first movie with Michael and go right into a Bumblebee movie, which will be at a lower cost.”

Transformers: Age of Extinction was made for $210 million, in 2014, while this year’s Transformers: The Last Knight was produced for $260 million. There’s no word yet on the production budget for Bumblebee.