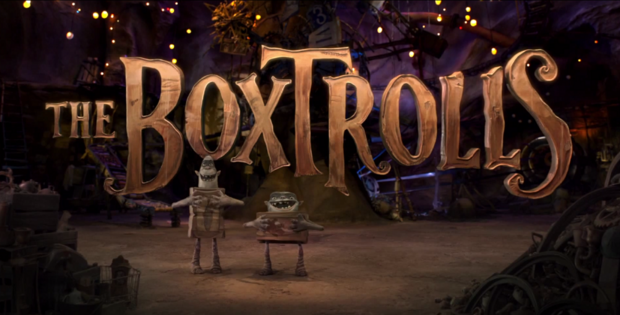 Portland-based animation studio Laika will unveil the final trailer for its upcoming family event movie The Boxtrolls at the Annecy International Animation Film Festival on Wednesday, June 11, timed to its global digital debut. The trailer will be presented at Annecy before an open-air screening of Laika’s Academy Award and BAFTA-nominated second feature ParaNorman. Chris Butler, who wrote and directed ParaNorman, will introduce the movie and participate in an audience Q&A.

The Boxtrolls will begin its theatrical rollout on September 12 in several international territories including the United Kingdom and Mexico; and will be released in France in October. The film will bow nationwide in the United States and in Canada on September 26. The film is being released by Focus Features in the U.S., eOne Films in Canada, and Universal Pictures International in all other territories.

Fueled by the vision of its owner, NIKE Inc. Co-Founder and Chairman Phil Knight, and its President and CEO Travis Knight, Laika is an animated feature film company located just outside Portland, Oregon dedicated to creating bold, distinctive, and enduring works of art. Laika’s first feature film, Coraline, released in February 2009, was the first stop-motion animated feature film to be conceived and photographed in stereoscopic 3D. The movie was nominated for an Academy Award and a BAFTA Award for Outstanding Animated Feature and won the prestigious Cristal Award at the Annecy International Animation Festival. ParaNorman, also Oscar and BAFTA-nominated, was released in August 2012.

Laika’s third film is The Boxtrolls, based on Alan Snow’s bestselling novel “Here Be Monsters.”   Introducing audiences to a new breed of family – The Boxtrolls, a community of quirky, mischievous creatures who have lovingly raised an orphaned human boy named Eggs (voiced by Isaac Hempstead-Wright) in the amazing cavernous home they’ve built beneath the streets of Cheesebridge. When the town’s villain, Archibald Snatcher (Academy Award winner Ben Kingsley), comes up with a plot to get rid of the Boxtrolls, Eggs decides to venture above ground, “into the light,” where he meets and teams up with fabulously feisty Winnie (Elle Fanning). Together, these soft-boiled detectives uncover the hidden connections in Eggs’ past and devise a daring plan to save his unique family.