The Los Angeles International Short Film Festival will present a special screening and panel discussion with members from Disney Animation and Disney Interactive on Tuesday, July 29 at 1:00 p.m. 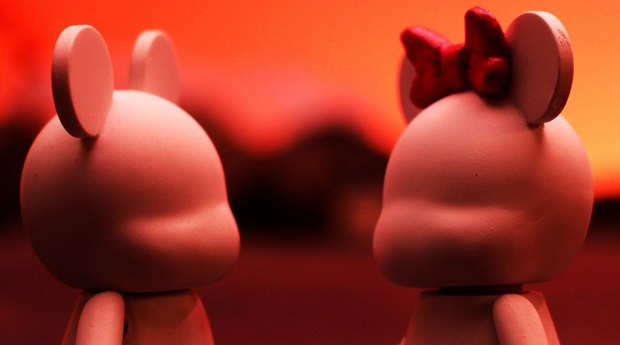 This year, as part of the LA Shorts Fest, festival organizers are presenting a special screening and panel discussion with members from Disney Animation and Disney Interactive on Tuesday, July 29th at 1:00 p.m. Speakers such as six-time Emmy-winning composer Matt Watters, Creative Director and Head of Special Projects at Walt Disney Animation Studios Dave Bossert, and Vice President of Disney Interactive Originals Margie Gilmore will be in attendance.

The Tunes Behind The Toons

A veritable who's who of award-winning composers (among them Alan Menken, Randy Newman, Richard Sherman) and other experts share their insights into the role of music in adding character into animation over the decades, beginning with the work of Walt Disney and Carl Stalling to today's CGI wonders.

Mark Watters - featured composer in The Tunes Behind the Toons is a six-time Emmy Award winning American composer of music for film and television. Known for his work on Goof Troop (1992), Aladdin (1994) and Bonkers (1993).

Jon Burlingame - is the nation’s leading writer on the subject of music for films and television. He writes regularly for Daily Variety and the Los Angeles Times, and has written on the topic for such other publications as The New York Times, Washington Post, New York Daily News, Entertainment Weekly, Premiere, Emmy, and The Hollywood Reporter.

He is the author of three books: Sound and Vision: 60 Years of Motion Picture Soundtracks, TV’s Biggest Hits, and For the Record. He is currently writing his fourth book, The Music of James Bond, for Oxford University Press, to be published next fall in connection with the 50th anniversary of the 007 movie franchise.

Based on the popular Disney Parks Vinylmation collectible franchise, Blank: A Vinylmation Love Story is a 38 minute stop-motion animated film that tells the story of Blank, an unpainted Vinylmation, on a journey through an original new world to find his lost soul mate. Blank is an epic adventure in miniature scale, a completely original, heartwarming love story filmed entirely in practical stop motion.

Margie Gilmore - Vice President of Disney Interactive Originals. She and her team are focused on bringing Disney stories to life through new creative techniques and process. Blank: A Vinylmation Love Story, is one of the latest stories to fulfill the mission -- Storytelling that reaches and resonates with global audiences via new platforms and distribution channels.

Whitfield Scheidegger - Creative at Disney Interactive Originals, Whitfield fulfills various creative roles throughout the production process. He is currently in development with rest of the Disney Interactive team producing several follow up projects in both stop-motion and live action.

Serving as one of the film directors and co-cinematographers of Blank: A Vinylmation Love Story, he worked with the team to craft the story and the final look of the piece.