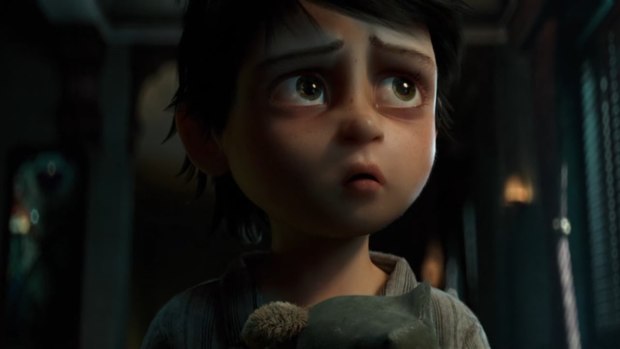 Written and directed by Carlos Baena and produced by Sasha Korelis, the 12-minute ‘La Noria’ was created as an online collaboration of international artists.

La Noria, a 12-minute, 3D animated horror film written and directed by Carlos Baena, is produced by Sasha Korelis, and was made as an online collaboration of international artists. La Noria tells of the struggle when finding yourself in a dark place, that darkness isn’t always what it seems, and that with courage, you can turn something dark into something beautiful. The jury praised the film’s cohesive narrative, flawless production, gorgeous character and production design, and music, all of which have perfectly helped tell the story. Director Baena will receive the VIEW Award’s €2,000 prize.

Wild Love, a 2018 graduation film directed by ENSI students Paul Autric, Quentin Camus, Maryka Laudet, Léa Georges, Zoé Sottiaux, and Corentin Yvergniaux. “This well-directed 3D animated short made everyone on the jury laugh out loud all the way through the film’s seven minutes,” the jury commented in giving the award.

The international VIEW Conference, Italy’s premier event for Computer Graphics, Interactive and Immersive Storytelling, Animation, Visual Effects, Games, and VR, AR, and Mixed Reality, brings top professionals from those fields to the beautiful baroque city of Torino, Italy for a week of talks, presentations, and workshops. This year’s conference was held place October 22-26.