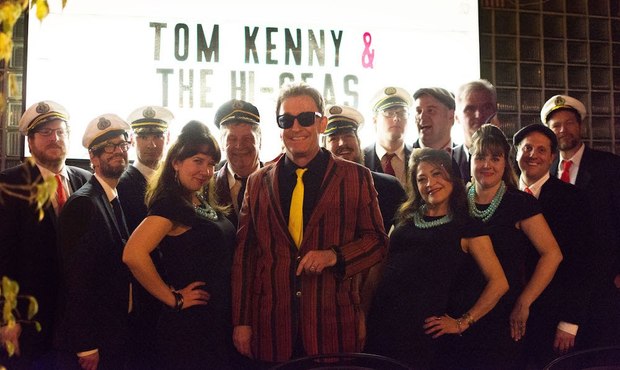 The fun starts with an Opening Night Preview Party that includes a concert performance by SpongeBob Squarepants star Tom Kenny and his 13-piece soul band, The Hi Seas, featuring songwriter/producer and rock legend Andy Paley, co-author with Tom of Best Day Ever. This red-carpet event will feature many of the weekend’s guests, including Honorees director/animator Chris Prynoski and VR pioneer Evette Vargas. One-third of the proceeds of the opening night party will benefit Women in Animation. A selection of work from this year’s honoree Chris Prynoski, co-owner with his wife Shannon of innovative animation powerhouse Titmouse, will be featured in a special Saturday evening program presented in a TV chat-show style Q&A and screening. Prynowski will be awarded with the LAAF 2018 Honoree prize during the evening. Speaking about the honoree, festival co-director John Andrews noted, “In the circles I travel in, there is unanimous agreement that it's time to honor Chris P for all he's done for our community.”

Capping off the weekend is Sunday’s Competition Awards Ceremony, which honors first, second and third place winners in several judged categories -- several special awards will also be handed out, including VR Pioneer, which will go to New York Times “Artist to Watch” Evette Vargas, an award-winning writer, director and producer of multi-platform and VR projects. “It’s such an honor to be recognized by the Los Angeles Animation Festival in this way, and being in the phenomenal company of Chris P makes it doubly so,” Vargas commented.  Also, on Sunday night, CalArts character animation star Gabrielle Capili makes a very special live appearance with her pet dinosaur!