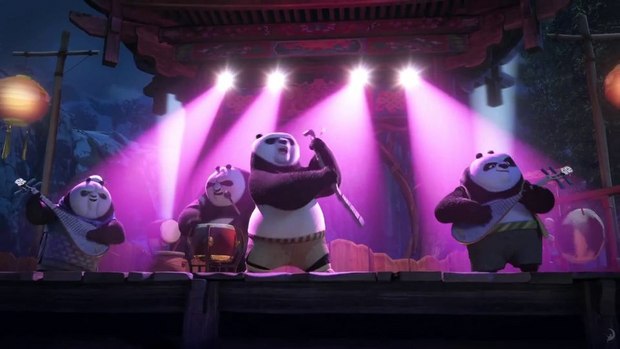 NEW YORK -- Sony Classical has announced the release of the Kung Fu Panda 3 - Music From The Motion Picture, available digitally and on CD January 22, 2016. The album features the film’s original score by Academy Award winner Hans Zimmer (Interstellar, Man of Steel), who previously co-composed the score for Kung Fu Panda 1 and 2. DreamWorks Animation will release the film Kung Fu Panda 3 nationwide in theaters on January 29, 2016.

“Working on these films has always been such a treat, and this latest installment is no exception. I’m thrilled to be back for Kung Fu Panda 3, and can’t wait to share that excitement with audiences and families everywhere,” said Zimmer.

No stranger to composing for animated films, Hans Zimmer earned an Academy Award for the 1995 film The Lion King. His animated film credits also include the previous Kung Fu Panda films (co-composed with John Powell), the Madagascar films, Rango, Megamind, and The Simpsons Movie. Some of Zimmer’s most notable works include his scores for Rain Main, Driving Miss Daisy, Thelma & Louise, Crimson Tide, The Thin Red Line, Gladiator, Mission: Impossible II, Hannibal, Pearl Harbor, Tears of the Sun, Spanglish, The Pirates of the Caribbean franchise, The Da Vinci Code, Frost/Nixon, and The Lion King, for which he won the Academy Award. Upcoming projects include Batman vs. Superman: Dawn of Justice, The Little Prince, and Inferno.

To date, Zimmer has scored more than 120 films, which have, combined, grossed over 24 billion dollars at the worldwide box office. Zimmer has been honored with an Academy Award, two Golden Globes, three Grammys, an American Music Award, and a Tony Award. His most recent Academy Award nomination for Interstellar marks his 10th career Oscar nomination with the Academy.

The Vamps have contributed an original performance, also featured on the soundtrack.

“As huge fans of Kung Fu Panda, we couldn’t be more excited to be part of Kung Fu Panda 3!” said the band. “It’s amazing that our own version of “Kung Fu Fighting” will be heard everywhere around the world and it was an honor to be asked to put our spin on such an iconic song. Shooting the video was so much fun and we can’t wait for everyone to see it!”

The soundtrack includes “Try”, the global theme song for the film, produced by Chinese musical icon Jay Chou and written by his protégé Patrick Brasca. Performed by both Chou and Brasca, the song pays homage to both western and Chinese influences, with lyrics by Vincent Fang.

In 2016, one of the most successful animated franchises in the world returns with its biggest comedy adventure yet, Kung Fu Panda 3. When Po's long-lost panda father suddenly reappears, the reunited duo travels to a secret panda paradise to meet scores of hilarious new panda characters. But when the supernatural villain Kai begins to sweep across China defeating all the kung fu masters, Po must do the impossible, learn to train a village full of his fun-loving, clumsy brethren to become the ultimate band of Kung Fu Pandas!