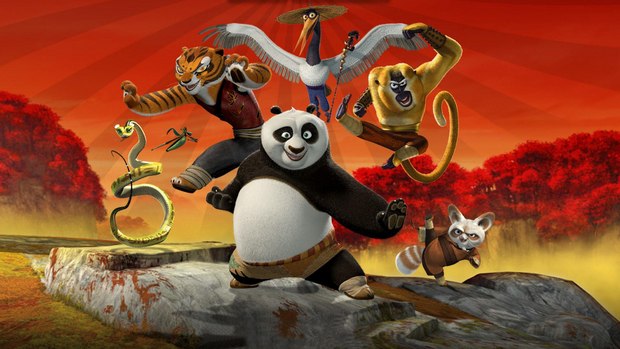 DreamWorks Animation and partner 20th Century Fox are pushing back the release date for Kung Fu Panda 3, according to a report by The Hollywood Reporter.

Making further changes to its upcoming feature slate, DreamWorks Animation has moved the animated threequel from December 23, 2015, to March 18, 2016.

Fox reportedly says it didn't want the film to get caught in the wake of J.J. Abrams' Star Wars: The Force Awakens, which opens in theaters six days earlier, on December 18.

“Kung Fu Panda is one of DWA’s most treasured properties, and we want to make sure it is positioned where it has the best chance to reach the broadest audience,” Fox president of domestic distribution Chris Aronson told Deadline. “In reviewing the competitive landscape, which we do on an ongoing basis, we feel that the spring availability does just that -- gives KFP the maximum amount of air to breathe in order to have a long, successful run.”

The switch may leave DWA with only one theatrical release in 2015 after Home (March 27). The studio has reportedly been planning to remove animated tentpole B.O.O.: Bureau of Otherwordly Operations from the summer 2015 calendar, although that film has yet to be officially moved.

Another DWA film, Boss Baby, was already slotted to open on March 18, 2016. The decision to put Kung Fu Panda 3 there means Boss Baby will be moved as well, although a new release date hasn't been announced yet.

The shuffling comes as DWA ponders its fate after two unsuccessful attempts to sell. Last week, merger talks fell through with Hasbro, while talks collapsed in September with Japanese giant Softbank.