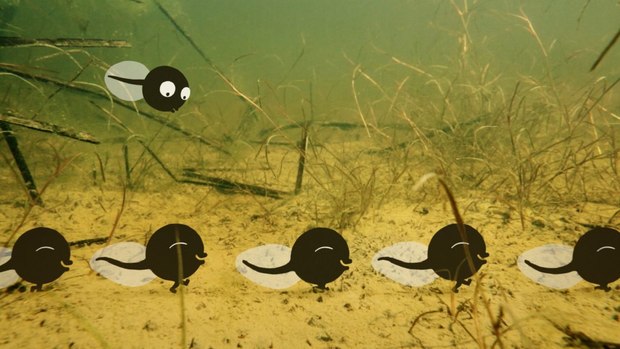 This past Friday evening, the Cinekid Festival in Amsterdam announced their jury and audience awards for the best youth television and children’s films of 2018. KUAP, by Nils Hedinger, took home the Cinekid Lion Jury Award for Best International Short Animation Film, along with a prize of € 2,500, while Polska Warrior, by Camiel Schouwenaar, took home the Jury Award for Best Dutch Short Animation, which also included a prize of € 2,500. Mister Paper Goes Out for a Walk, a film by Steven De Beul and Ben Tesseur, won the National Audience Award, Age 4-6, while Polska Warrior was also awarded the National Audience Award, Age 6-10.

Cinekid is the world’s largest media festival for young people between the ages of 3 and 14 years. Every year over 60,000 children and their minders visit the festival at Amsterdam’s Westergasfabriek venue and at 40 film theatres throughout the Netherlands. The festival comprises all aspects of the media industry for a young audience. In addition to high-quality media, the festival also organises workshops and masterclasses where children can learn and practice their own media skills. Cinekid screens hundreds of notable films and television programs and displays the most innovative tools, games, installations, media art and apps in the very popular MediaLab. As part of the award ceremony, the Cinekid Honorary Award was presented to Anna van der Staak. Van der Staak has had an exceptional career in the world of children’s television for broadcaster VPRO. She oversaw the production of successful program such as The Daltons, Zaai, Roos en haar mannen and more recently Floor Rules.

The Cinekid Honorary Award is bestowed by the Cinekid Foundation in recognition of someone’s exceptional contribution to children’s media or to Stichting Cinekid itself. Previous recipients were Burny Bos (2004), Loes Wormmeester (2011), Michel Ocelot (2012), Sannette Naeyé (2016) and Simone van Dusseldorp (2016).

At the Junior Co-Production Market of the industry event Cinekid for Professionals, an expert jury selected the best project for youth media:

The jury gave a special mention to:

My Dad is a Sausage written by Jean-Claude van Rijckeghem, directed by Anouk Fortunier and produced by A Private View (BE). ‘Mister Paper Goes Out for a Walk,’ by Steven De Beul and Ben Tesseur.