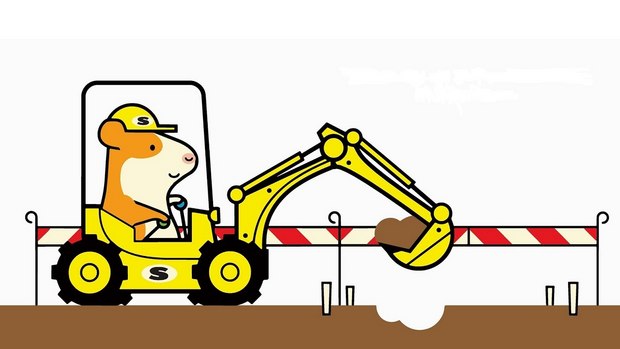 Komixx will create an animation series that will follow the adventures of Stanley the hard-working hamster and his furry friends. The lovable series comes from the British born author and illustrator Ian Bilbey, who writes under the name William Bee. Komixx Entertainment has brought Bilbey on-board as its art director to develop Stanley into a much-loved animation character for preschoolers. The animated series which is due to go into production in 2017 will be developed in Komixx’s animation studio M&S Digital Studios Manchester.

Andrew Cole-Bulgin, joint CEO and Head of Film & TV, Komixx Media Group, commented, “We are absolutely delighted to have secured the worldwide rights to this iconic and adorable series. We are also thrilled to have the author and illustrator, of the books, Ian Bilbey on-board as the art director. We want Ian’s talent to permeate the animation so we are looking forward to collaborating with him on this project.”

“Stanley is an independent, paws on, hamster who’s used to running the show, so it was never going to be easy handing his life story over to someone else, but after having spent time with Andrew, he and William Bee are confident they have made the right choice,” added Bilbey. “Andrew and his team are passionate about animation, its finest traditions and its potential to bring characters and stories to life. We share a love for the craft of things, and doing things properly - with integrity. It’s going to be a lot of fun for Stanley, Hattie, Myrtle, Little Woo and all their furry friends.”

Komixx has a strong track record in selecting and developing IP for the children’s market. Stanley will add to the raft of media content Komixx has developed across all platforms spanning home television, cinema, online, on-demand, mobile media and live events including Toby’s Travelling Circus, Dog Loves Books, Wanda and the Alien and Fish Head Steve.