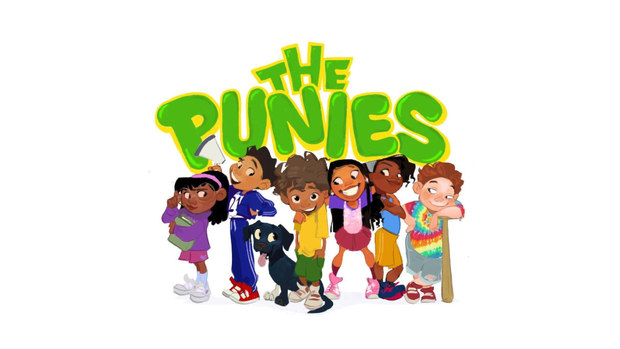 COSTA MESA, CA -- Following the recent Oscar win for its inaugural animated short, Dear Basketball, its first scripted podcast, The Punies, now in production on its second season, the release of the New York Times best-selling Mamba Mentality: How I Play, and the success of its groundbreaking series, Detail, on ESPN+, Kobe Bryant's Granity Studios has announced its slate of new projects, starting in 2019. The multi-platform entertainment company will focus on creating and producing inspiring, youth-oriented sports-meets-fantasy-themed content with a diverse array of characters within the book, television, feature and live theater genres.

Just over two years into his athletic retirement, Bryant has gone from forever changing the world of sports to making entertainment history. Coming off his Oscar win, Bryant and Granity are primed to revolutionize the independent production model.  Rather than attaching itself to existing industry projects, the Studio will operate as a full-fledged content house, a publisher, and a producer of multi-genre family-friendly originals. Bryant's unique approach is a fitting transition for the athlete who has consistently set himself apart from others in his field.  Bryant takes a deep personal interest in each project, and Granity's slate contains more than a dozen new projects at the intersection of sports and entertainment.  Also key to the Studio's projects is an emphasis on diversity of gender, ethnicity, and background.

Granity's new projects will start with five Middle Grade and Young Adult novels to be released in 2019 and 2020, published by Granity's own publishing house in a distribution partnership with Two Rivers Distribution, an Ingram brand.  Each book will thematically revolve around athlete protagonists who, through the use of their imaginations and hearts, overcome obstacles to become their best selves.  Each Granity Studios novel was conceptualized by Bryant and written in conjunction with a notable fiction author.

“I built Granity Studios as a platform to create and share original stories to inspire today's young athletes,” Bryant said. “There's surprisingly little content that combines the passion of sports and the traditions of original storytelling. Granity Studios will fill that void. Our team has worked tirelessly to put together an incredible slate of projects that we believe will change how young athletes learn more about themselves, as well as the sports they play. As a creator, producer, and most importantly, the father of three young girls, I continue to be inspired to build a studio that welcomes diverse storytellers who aim to inspire young people to reach their full potential.”

March 2019 will see the release of The Wizenard Series: Training Camp, in which we read about a diverse cast of young male characters and their mysterious coach who breaks down five individual players to build a team.  Legacy and the Queen, the story of a young, black, female tennis prodigy who uses her talents to take on the most powerful player, “the Queen,” and save her family from ruin, will hit shelves worldwide in July 2019. Viva, a tale about a Latina princess who struggles with her quest for success in a kingdom under siege, is slated for October 2019.  Granity Studios books will be available wherever books are sold. Additional books will follow in 2020.

Bryant and team will look to develop each novel across a variety of genres including theater, animation and live-action. Planning has begun for The Punies animated TV series, with The Wizenard Series: Training Camp slated for theater. Legacy and the Queen and Viva are slated as animated projects.

“Granity is a more than just a production company,” Molly Carter, Granity Studios chief marketing officer added. “It's a home for visionaries in every genre – from publishing to television to film – to come together and redefine a category.  Unlike any athlete in the content industry, Kobe himself has conceptualized and created each story being released by our studio. His reputation for hard work and relentless perfection precedes him, as does his dedication to fostering innovation, diversity and community. The same rules apply here.  We're excited to enter the next stage of development with projects across the spectrum.”

In a new model of single-entity marketing support, blue-chip firm Rogers & Cowan represents Bryant and Granity Studios in all marketing and publicity associated with Granity's projects, global licensing of all studio IP, and Bryant's personal licensing in select markets.  The account is overseen by Rogers & Cowan's Craig Greiwe, Jeff Raymond, and Nicole Wool, with licensing by Gavin Foster of Rogers & Cowan agency ITB Worldwide.  Bryant and Granity Studios are also represented by WME.