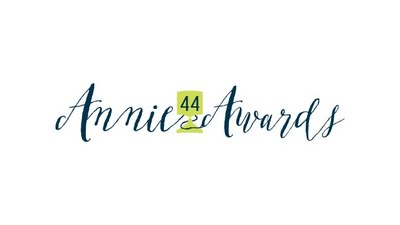 The Annie Awards will be streamed live starting at 7 p.m. PST on Saturday, February 4 at annieawards.org/watch-it-live.

“The run up to the Annie Awards is always exciting,” remarked ASIFA-Hollywood Executive Director, Frank Gladstone.” As the voting process concludes and ceremony preparations go into the final stage, the anticipation really builds for the big reveals. 2016 saw a wide variety and sheer number of projects. It was a banner year for animation, and it looks like it will be a banner year for the Annies as well.”

The Annie Awards also honor career achievement and exceptional contributions to animation with the Juried Awards. This year, all three Winsor McCay recipients will attend the ceremony. The Winsor McCay recipients are legendary animator Dale Baer; independent animation champion Caroline Leaf; and influential anime director Mamoru Oshii for career contributions to the art form. The Ub Iwerks Award will go to Google Spotlight’s Virtual Reality Platform for technical advancement; and the Special Achievement Award will be presented to Life, Animated, the documentary about animation’s effect on one young autistic man’s journey. The June Foray Award will be presented to Bill & Sue Kroyer for their career-long benevolent and public-spirited influence within the animation community. Certificate of Merit awards will be presented to Leslie Ezeh, ASIFA-Hollywood volunteer coordinator and Gary Perkovac, ASIFA-Hollywood’s office manager.

The black tie event will kick-off at 5 p.m. with Red Carpet arrivals and a VIP champagne reception, followed by the awards ceremony at 7 p.m. and after-party immediately following the show. All events will be held at UCLA’s Royce Hall. For complete event details, visit www.annieawards.org/event-info. Limited VIP tickets are available. For more information, visit www.annieawards.org/tickets.