The festival has something for every taste from design lovers to fans of pop and visual culture. On Sunday, October 30, there will be special programs for children, with animated shorts, a drawing contest, and arts & crafts activities.

With the theme program Landscape and Habitat, the festival puts the spotlight on animations that focus on landscapes and the way people relate to them. Films and special events about the relationship between man and his surroundings -- sometimes harmonic, sometimes very dangerous -- give food for thought and showcase the endless versatility of animation. Besides feature films, presentations and short film compilations, the theme is also expressed through a special exhibition of animated paintings by a range of national and international artists. There will also be an interactive three-dimensional landscape which visitors can make evolve; this process will be recorded in a time-lapse video.

A special cycling tour will take visitors to three locations in North Amsterdam, where they will watch a film that matches their surroundings. 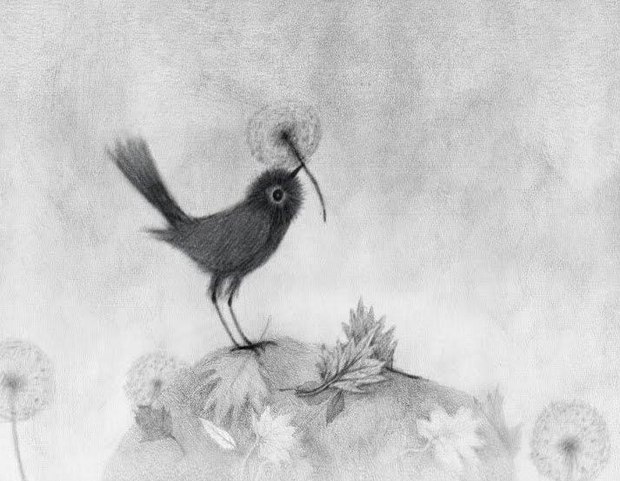 The heart of the festival’s program is the international competition for animated shorts. In carefully curated compilation programs, divided into several categories, KLIK! presents the very best animated shorts from over the whole world. These films compete for one of the highly coveted KLIK! Awards. Last year the festival received more than 1,800 entries from 80 countries. KLIK! presents the premiere of the fascinating documentary Sync (2016). Filmmakers Joop van den Beucken and Bob van der Houven explore the world of Dutch dubbing of animated films in collaboration with the creators of the nostalgic online series Stemmen van Toen (Voices from the Past). Through interviews with voice actors, directors, translators, technicians and studio directors Sync highlights the present and past of this creative industry, and its impact on the Dutch social landscape. After the screening there will be Q&A with the filmmakers and/or actors. In collaboration with Cartoon Network, KLIK! presents bran- new episodes of the popular animated series The Powerpuff Girls. The series -- which first aired in the 90s -- has been revamped this year. After the screening there will be a Q&A with one of the makers. Award-winning cartoonist and animation director Dan Meth has been named as the KLIK! Amsterdam Animation Festival’s artist-in-residence for 2016. As part of his residency, Meth will create animations and cartoons for the Amsterdam-based animation festival’s social media platforms. KLIK! will be publishing Meth’s work on Facebook, Instagram, Twitter, and its mascot fan page. A collection of his work will also be exhibited during the six-day festival.

“We’re pleased to have Dan Meth join us here at KLIK! this year,” said Yvonne van Ulden, creative director of KLIK! Amsterdam Animation Festival. “Earlier this year Dan relocated from New York City to the Netherlands seeking new inspirations, and he wanted to get involved in the Dutch animation scene. His eclectic and colorful mix of the funny and bizarre perfectly fits with KLIK!’s fun and edgy approach of animation. With his experience in creating cartoons and memes that are infused with popular culture, Dan can use our social media platforms as a playground to experiment with KLIK!’s beloved characters and to promote animation’s diversity and broad appeal.”