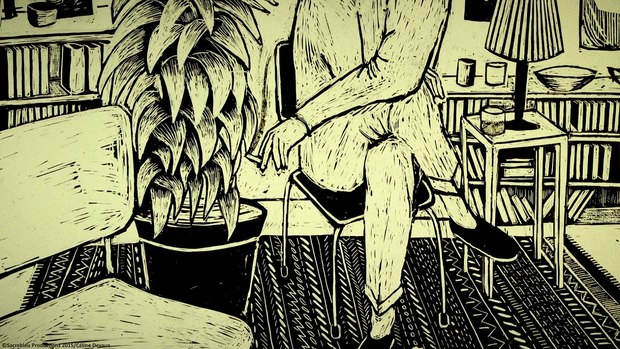 AMSTERDAM, NETHERLANDS -- KLIK! kicked off its eighth edition with an opening ceremony featuring an automata parade by The Cardboarders and a musical performance by The Leonids. The evening also saw Bruno Felix, of production company Submarine and distribution company Periscoop, receive the annual World Domination Award. The award honors an organization, studio, or individual that has helped Dutch animation take another big step forward. Felix was awarded World Domination Award 2015 after being selected by an expert jury.

For its international competitions, the heart of the festival, KLIK! received a staggering 1,800+ entries from more than 80 countries. Only the best animations were selected and screened in the programs Animated Shorts, Dutch Delights, Animated Music Videos, Animation for Hire, Political Animated Shorts, and Emerging Animation Nations. KLIK! also presented the Dutch premiere of the long-awaited feature films Kahlil Gibran’s The Prophet and April and the Extraordinary World, in addition to screening the prize-winning films Long Way North and Cafard. Internationally-acclaimed filmmakers such as Johnny Kelly, Tomm Moore, Disney’s Eric Daniels, and Dutch animation trio Job, Joris and Marieke gave a look behind the scenes in talks and interactive masterclasses. With the theme of the program Rock, Paper, Scissors, KLIK! celebrated the craftsmanship behind animation, with a special focus on films that are made with everyday materials such as the that of the Oscar nominated filmmaker PES.

This year, KLIK! presented a special student and kids day, with programming especially suitable for these audiences who could also visit the festival with a special discount. All year round, KLIK! strives to unite and inspire, aspiring animation professionals. International filmmakers, producers and other professionals from the creative sector gathered during the annual Consultation Hours and the Debutante Ball and celebrated the launch of DAMD, the brand-new Dutch association/union of 2D/3D animators, VFX and motion design professionals.

On Saturday KLIK! awarded the best animated shorts of this year's fest at the Festival Awards Dinner at which time.  At the dinner the jury announced the winners of the KLIK! Awards for Best Professional, Student, Commissioned, and Political Animated Short, Best Animated Music Video, and Best Animated Short from an Emerging Nation. And the KLIK! Amsterdam Audience Award winners. The festivities then continued as KLIK! celebrated the latest and greatest Dutch animated shorts with brand-new KLIK! NL Awards for Craftsmanship, Massive Laughs, and XX.

Looking back on a successful eight editions, KLIK! has announced the dates of next year’s festival: October 25-30, 2016 at EYE in Amsterdam.