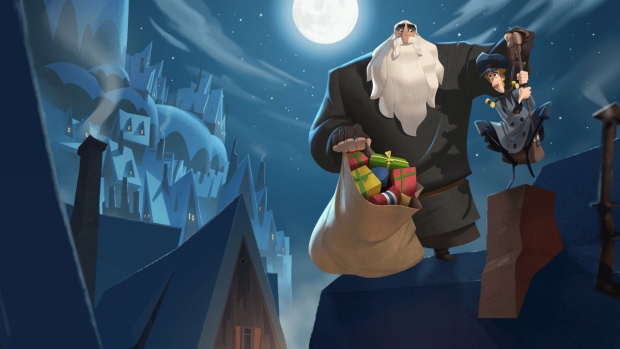 Nine animated works, from a pool of 217 submissions from 17 countries, were recognized for their excellence at the third edition of the Ibero-American Animation Quirino Awards, in a virtual ceremony held this past Saturday to close out the “Quirino Month.” The Quirino Awards were originally planned for April 18th in Tenerife, but the event was forced to move online as a result of the COVID-19 pandemic.

Sergio Pablos’ animated feature film Klaus, won the award for best animated feature film as well as the award for best animation design. Produced by Madrid-based The Spa Studios and Atresmedia Cine for Netflix, the film is an animated holiday comedy about a self-centered child of privilege, the worst student at the postal academy, who after being banished to the frozen north, finds redemption in the kind works of an old toymaker. The Annie and BAFTA Award-winning film was also nominated for a best picture Oscar.

The Brazilian series Tainá and the Amazon's Guardians won the award for best animated series. The co-production between Hype Animation and Sincrocine Produções was directed by André Forni. Aimed at preschool audiences, this series combines 3D and 2D animation; its main character is Tainá, an orphan girl from the Amazon jungle who, in the company of her animal friends, protects wildlife and the rich biodiversity of her habitat. The series is an adaptation of a successful live-action trilogy and has been released internationally on the Nickelodeon channel and the Netflix platform.

The Colombian short film, The Cubicbird, won the award for best animated short film.  Directed by Jorge Alberto Vega and produced by La Valiente Estudio and Cintadhesiva Comunicaciones with the associated production of Animaedro, the stop-motion film is an adaptation of the self-titled book by Marcos Mas about Pedro, a bird that lives in a cage and is willing to break its bonds to be free. The work was selected at various international festivals and received the award for Best Colombian Animated Short Film at Bogoshorts 2019.

The international jury was made up of, from Colombia, Alfredo Marun (Development Director at Disney Television Animation); from Poland, Anja Franczak (Creative Producer at Human Ark); From San Salvador, Simon Vladimir Varela (Production Designer and Visual Development Artist for various studios, including Pixar, Disney, Warner Bros, Sony Animation, Fox and Universal); from the U.S., Vera Verba (Manager of the YouTube Channel of Sesame Workshop) and from France, Véronique Encrenaz (Director of MIFA Annecy).

More information about the winning films can be found here.