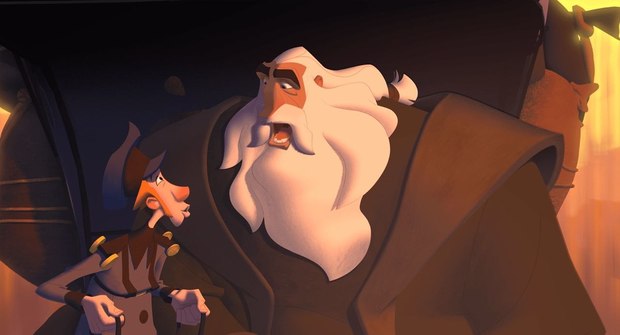 Immediately after the ceremony, speaking about his film’s numerous awards, including his own for best director in a feature and best storyboarding in a feature, Klaus’ Pablos told AWN, “This is just such a stunning evening. I’m proud of everyone who helped make the dream of this film come true and grateful to Netflix for giving us the freedom to make our movie.” Jérémy Clapin and Marc du Pontevice, the director and producer of best independent feature winner I Lost My Body, were similarly beaming, telling AWN, “We are just overwhelmed by all these accolades and attention for our little film. We are so happy to be recognized by ASIFA and the animation community.”

According to Frank Gladstone, ASIFA’s executive director, “For years, we’ve described ASIFA-Hollywood as a sort of United Nations of Animation. This year, that comparison rings even more clearly. With nearly 2,000 submissions from productions world-wide, the award is becoming much more an international event. Many more films, many more artists and many new names we are learning to pronounce!”

The evening began with a fitting special tribute to Richard Williams, Canadian–British animator, director, and writer, best known as animation director on Who Framed Roger Rabbit (1988), for which he won two of his three Academy Awards (the third for A Christmas Carol in 1973), and for his unfinished feature film The Thief and the Cobbler (1993). Williams passed away last August 16 at the age of 86. Read AWN’s tribute to the legendary artist, mentor and friend here.

Three Winsor McCay Award recipients were selected by the ASIFA-Hollywood Board of Directors for their exemplary industry careers – Satoshi Kon (posthumously), Japanese manga artist, director, animator and screenwriter on the now classic films Perfect Blue, Millennium Actress, Tokyo Godfathers and Paprika; Henry Selick, stop-motion director, producer and writer, best known for directing the stop-motion films The Nightmare Before Christmas, James and the Giant Peach, and Coraline; and Ron Clements & John Musker, animators, animation directors, screenwriters, producers and one of Walt Disney Animation Studio's leading director teams with nearly 40 years of animation credits, from The Little Mermaid to Moana and many others, too numerous to mention.

In accepting his award, Selick regaled the crowd with humorous “little anecdotes” from his storied career, gesticulating wildly about the old days working with fellow CalArts alums like Tim Burton and Joe Ranft. In his introduction of the veteran stop-motion director, director Jorge Gutierrez shared a personal note about how during a time, after finishing Book of Life, when he was feeling particularly spent and creative lost, out of the blue, he received an email from Selick, his idol, whom he’d actually never met, congratulating him and sharing how much he liked the film.

Clements & Musker, introduced by their Disney colleague and fellow Winsor McKay Award winner, director Glen Keane, are often characterized as an “irascible” directing duo; they didn’t disappoint, poking fun at each other – Musker’s propensity to fall asleep in meetings and Clements’ incessant, boring stories about his Basset Hounds – as they accepted their award.

The June Foray Award was presented to Jeanette Bonds, writer, independent animator, and co-founder and director of GLAS Animation; and the Ub Iwerks Award  was presented to Jim Blinn, computer scientist who first became widely known for his early work in computer animation, and as a graphics expert at NASA's Jet Propulsion Laboratory (JPL), particularly on the pre-encounter animations for the Voyager project.

The full list of winners is shown below, highlighted in bold alongside the other category nominees: