Birthed in quarantine by Arlene Klasky, the show will release new episodes twice weekly through 2021 on the studio’s YouTube Channel and Official Instagram. 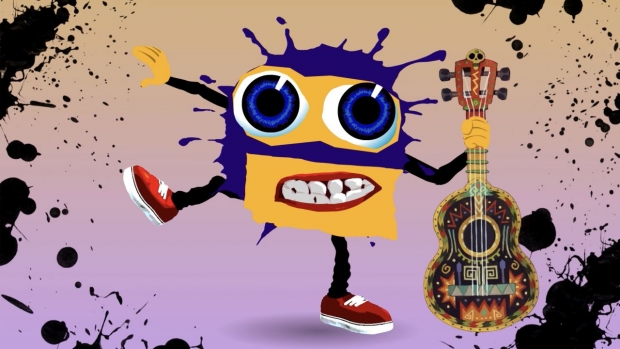 Legendary studio Klasky Csupo, creators of such iconic properties as Rugrats, Wild Thornberrys and Aaah! Real Monsters, is back on the scene with an all-new digital series, RoboSplaat.

Starting this weekend, all-new episodes of RoboSplaat will premiere on the Klasky Csupo YouTube Channel and Official Instagram page twice per week and continue into early 2021. The studio has created over 100 mini episodes for streaming; RoboSplaat will also appear in the new Splaativerse game, where players take a photo, record their voice prompted by a question, and choose from a list of surprise sound effects which are all woven into Splaat's cartoon. The chain story-telling app has 30 stories designed to be played multiple times and will soon be available for download.

Studio co-founder Arlene Klasky initially thought of the idea after Klasky Csupo’s partnership with Nickelodeon came to an end in 2006.  While researching online, she realized kids from all over the world were creating mashups of the iconic Klasky Csupo animated logo at the end of Rugrats. This sparked an idea---Klasky, along with designer Sergei Shramkovsky, took the robot and put arms and legs on him. The result was an opportunity to birth a new character and bring him to life in his own online series. Klasky turned to her longtime friend and collaborator Greg Cipes to voice the character; the actor, musician, and producer has voiced the animated superhero Beast Boy for two decades across Teen Titans, Teen Titans GO!, Young Justice, DC Superhero Girls, and many other DC Superhero franchises. He is also known as the voice of Michelangelo in Nickelodeon’s Teenage Mutant Ninja Turtles series and as Kevin Levin in Ben 10. Cipes voices the RoboSplaat character and hosts TALK CEREAL, a live, weekly interview series, speaking with fellow voice over actors, via the @RoboSplaat Instagram channel.

Klasky, Gabor Csupo and Paul Germain are all executive producing on Viacom’s Rugrats reboot now in production for broadcast on Nickelodeon. 26 episodes of the series revival were greenlit back in 2018. A new live-action-3D/CG Rugrats movie, being written by David Goodman, was also announced at that time, with a planned November 13th, 2020 release by Paramount Players, the division of Paramount Pictures that develops and produces co-branded feature films with Viacom’s media networks. After being pushed into 2021, the film has since been pulled from the release schedule entirely; status on the production is unknown.

Founded by Klasky, a graphic designer, and Csupo, a Hungarian-born animator, in a spare room of their apartment in 1981, Klasky Csupo grew to 550 artists, creatives and staff in a state-of-the–art animation facility located in the heart of Hollywood. In 1998, their The Rugrats Movie, was the first non-Disney animated feature to gross in excess of $100,000,000 at the box office.