‘King Kong’ Series in the Works at Disney+

A new live-action series featuring the famous ‘king of the apes’ is in early production with ‘Paper Girls’ creator Stephany Folsom set as writer and executive producer. 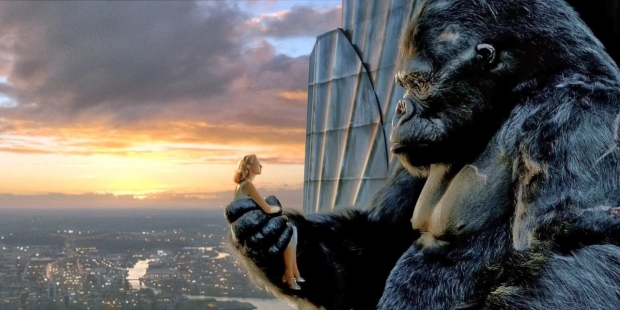 Disney+ has begun development on a new live-action series based on the famous 1933 King Kong film, Deadline reports.

Disney Branded Television is producing, with Paper Girls creator Stephany Folsom on board as writer and executive producer.  Additionally, James Wan, Michael Clear, and Rob Hackett will executive produce on behalf of Atomic Monster, as well as Dannie Festa and Marc Manus for World Builder Entertainment.

According to Deadline, the series will be an “action-adventure drama that brings the classic monster story into the modern age, with a return to Skull Island and the dawn of a new Kong.”  The show will be based on Merian C. Cooper’s original films as well as the newer “King Kong” novelizations by Joe DeVito, digging deeper into Kong’s origin story and mysterious home.

This new King Kong series is not related to the Monsterverse movies from Legendary Entertainment, which, due to a complicated, tangled web of rights, could only use the name “Kong” to refer to their giant ape in the films Kong: Skull Island and Godzilla vs. Kong.  We’ll next see a Monsterverse Kong on the small screen with the animated series Skull Island via Netflix.