Deadlines for entries is September 16; new set of ‘Best in Class’ awards to pay special tribute to the top kids programming entry in each of its three age categories. 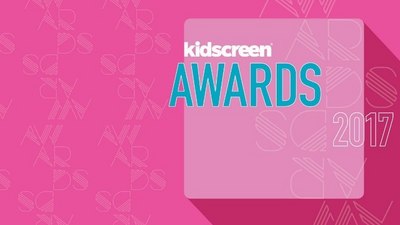 TORONTO, ON – Kidscreen Awards has announced the introduction of a new set of “Best in Class” awards to honor the top kids programming entry in each of its three age catagories. Best in Class winners will be determined by totalling the cumulative scores given by the first-round and/or second-round judging panels and converting them into a percentage grade. The entry with the highest percentage grade in its age category will be a Best in Class winner.

Then there are the Broadcasting Categories:

And finally, the Digital Categories for Preschool (0 to 5) and Kids (6 and up):

Early-Bird Entry Fees are in effect again, offering savings to companies that complete their entries well before deadline. For all categories, the entry fee is $300 until August 12, and $400 after that date. Additional entry into the “Best in Class” field requires an extra fee of $100.

Winners will be announced at an evening presentation event as part of next year’s Kidscreen Summit, which is set to take place in Miami from February 13 to 16. All Kidscreen Summit delegates will be invited to attend the ceremony and cocktail party as part of their event experience, after registering online at summit.kidscreen.com. Other guests can sign up to attend just the Kidscreen Awards event for $150, beginning in January.

Detailed information on eligibility, judging and entering can be found here. The deadline for entries is September 16.